Actress and filmmaker Bryce Dallas Howard may be the co-lead of the “Jurassic World” franchise, but Howard was paid less than her co-star Chris Pratt for the same trilogy of films. Much less, according to Howard.

In response to a report that she was paid $2 million less than Pratt for the 2018 sequel “Jurassic World: Fallen Kingdom,” Howard told Insider that number was wrong – the pay gap was actually even more significant.

“The reports were so interesting because I was paid so much less than the reports even said, so much less,” Howard told Insider. “When I started negotiating for ‘Jurassic,’ it was 2014, and it was a different world, and I was at a great disadvantage. And, unfortunately, you have to sign up for three movies, and so your deals are set.” 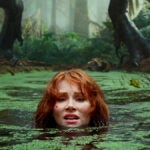 However, Howard said that once Pratt was made aware of the pay gap, he pushed to ensure Howard got a bigger piece of the pie when it came to other revenue streams from the three-film franchise.

“What I will say is that Chris and I have discussed it, and whenever there was an opportunity to move the needle on stuff that hadn’t been already negotiated, like a game or a ride, he literally told me: ‘You guys don’t even have to do anything. I’m gonna do all the negotiating. We’re gonna be paid the same, and you don’t have to think about this, Bryce.’ And I love him so much for doing that. I really do, because I’ve been paid more for those kinds of things than I ever was for the movie.”

Indeed, there have been numerous video game spinoffs of the “Jurassic World” franchise since the series kicked off in 2014, and in 2021 the Jurassic World Velocicoaster roller coaster launched at Universal Studios Orlando complete with Howard and Pratt reprising their characters for a video that plays in the ride’s queue.

The duo recently completed their contractual obligation to the series with the third film, “Jurassic World Dominion,” which opened this past summer and has grossed over $974 million.

While Howard’s exact pay for all three films has not been made public, the combined worldwide box office of the “Jurassic World” trilogy is nearly $4 billion and counting. 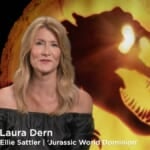 Also Read:
Laura Dern on Having a Creative Voice in Her Character’s Return for ‘Jurassic World Dominion’ (Video)