ESX, a project developed by the Proxima founder, is designed to allow users to invest in film projects and trade in and out of a film’s potential upside. “Skill House,” which Stolberg will write and direct, stars TikTok celeb Bryce Hall in a dark satire of social media and influencer culture, exploring how far people will go for online fame. The film will be shot at Sway House, a Bel Air mansion made famous on TikTok creators.

“I’ve worked with some of Hollywood’s biggest stars…but my kids are more excited about this project than any other I’ve worked on,” Stolberg said. “These social media personalities are the new Hollywood, and they are reinventing what it means to be a star.” 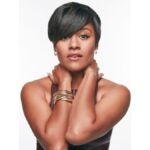 Also Read:
Ariana DeBose to Exec Produce ‘Two and Only’ From Jen Rivas-DeLoose for Screen Gems

“When a young kid from Maryland, like Bryce, with nothing but a cell phone and a ring light, can attract tens of millions of followers on Tik-Tok and Instagram, it evens the playing field for everyone,” Stolberg added. “But there’s a dark side to this new entertainment landscape, and I’m excited to flip that rock over.”

Kavanaugh also praised the project. “This film intends to break the boundary between the short-form social media phenomenon and long-form content,” he said. “Bryce is one of the most recognized and polarizing influencers with over 50 million followers and will certainly be a crossover star. The film digs deep into the human psyche and the new generation’s thirst for stardom, asking how far they would go? It will be bloody, it will be dark, and it will certainly be talked about.”

Stolberg, who co-wrote the script for the two most recent installments of the “Saw” franchise, “Jigsaw” and “Spiral,” is also attached to write the screenplay for the series tenth installment for Lionsgate. He is repped by UTA and Circle of Confusion.

Kavanaugh has produced and or financed over 200 films such as Fast and Furious 3,4,5,6, Social Network, 300, Mamma Mia!, Limitless, Fighter, Zombieland, and many more. Kavanaugh also previously owned Rogue Pictures, which launched over 60 horror movies, including Strangers, The Unborn, and My Soul to Take.

Hall is repped by Brad Baskin of Panther Management.