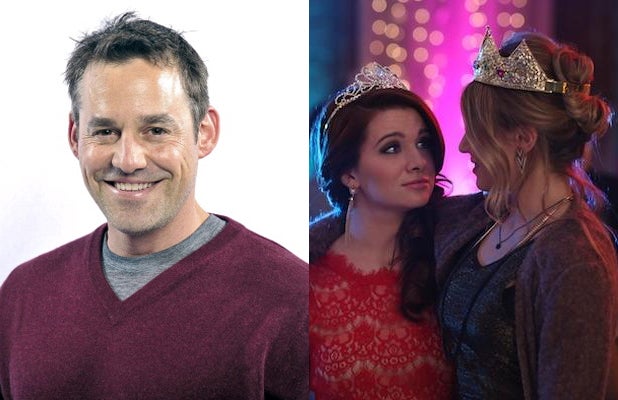 “Buffy the Vampire Slayer” actor Nicholas Brendon will appear on the season finale of MTV’s “Faking It,” TheWrap has learned.

Brendon will play Jackson Lee, a professional artist and Hester High alum who’s interviewing art students for a prestigious fellowship. Incredibly talented, yet jaded and sarcastic, he challenges Liam’s (Gregg Sulkin) ideas about art, but ultimately becomes an unlikely mentor. He will appear on the season finale.

“Faking It” was created by Dana Min Goodman and Julia Wolov. It’s executive-produced by Carter Covington (“10 Things I Hate About You,” “Greek,” “Hart of Dixie”).

The show’s second season, currently airing, will also feature a guest appearance from “Orange Is the New Black” star Laverne Cox, who plays the director of Hester High’s elite drama club on the Oct. 14 episode, while girl band Fifth Harmony will make an appearance on the Oct. 28 episode.

Brendon, best known for his role as Xander Harris on “Buffy the Vampire Slayer,” recently starred in indie feature “Coherence” and had recurring roles on CBS’s “Criminal Minds” and ABC’s “Private Practice.”