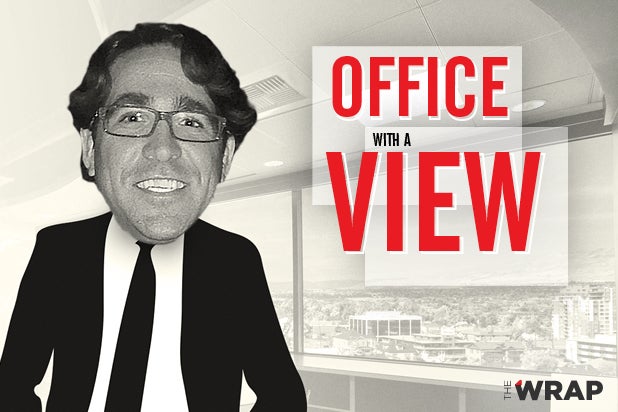 Bunim-Murray Productions are expanding with the addition of a New York office run by award-winning reality television showrunner/executive producer Rob Bagshaw. BMP president Gil Goldschein signed Bagshaw to head up the East Coast Operations of the Emmy-winning production company behind such reality staples as “The Real World,” “Project Runway” and “Keeping Up With the Kardashians.”

Bagshaw will take the title senior vice president of development and production, helping cement the company’s permanent foothold in a city it has been long established in. The first season of groundbreaking, pioneer reality series “The Real World” was set in New York, and Bagshaw himself helped launch and run “Project Runway All Stars” there for the past four years.

“For the past few years, I’ve had the incredible opportunity to work with Bunim-Murray to produce “All Stars” in New York City, and while I’ve created content that spans the gamut of television programming, reality has always been my passion,” said Bagshaw in a statement to TheWrap. “I’m thrilled to officially join the company that has led the way with reality programming starting with groundbreaking docu-series ‘The Real World’ on MTV in 1992.”

In a wide-ranging interview, TheWrap spoke with Goldschein about his new East Coast hire, why now was the right time for the company’s expansion into New York after more than two decades, as well as what they’re hoping to see come out of their new expanded operations, and the importance of interactivity and the digital sphere in the future of reality television.

TheWrap: Why the move to New York City now, when Bunim-Murray has been around for so long?
Gil Goldschein: We’ve been looking at it for a while. As we continue to grow as a company, we’re always looking for areas of growth and new opportunities, and we’ve had our eye on New York for a while. We’ve seen over the past few years there’s really been a lot of activity going on that really made us pay attention and think that it makes sense for us to have a place there.

As it is, we shoot “Project Runway” there, “Project Runway All Stars,” so we’ve had a presence in New York. We’ve been in New York for several of our productions. And also, if you look across the media landscape right now, we’re investing in the digital space, and there’s a lot of digital opportunities and things going on in that space that seem to be centered in New York.

The brands have always been centered in New York, and obviously the brands are playing a big part both in TV and the digital space. So we really thought as far as our growth is concerned, it makes sense for us to be bi-coastal. I mean, a lot of these buyers have offices on both coasts, some of them only have buyers on the East Coast. We’ve been doing trips and we’re out there frequently, but we really felt that having a presence out there day to day would make a lot of sense for us.

Is there a difference at all in the sort of shows that can be done in New York and the sort of business that can be done there?
I think it really is just a reflection of the evolving media landscape and everything that’s going on within that. As far as from a talent perspective and from a subculture, different kind of venues or potential types of television shows, you’re going to get a different kind of vibe on the East coast than you’re going to get on the West Coast, so I think in that sense, whether it’s from a casting perspective or development, there’s a different sensibility. So we’re looking to be able to identify some of those opportunities on the East Coast while obviously continuing to operate from the West Coast. We just think that it will broaden out our program offerings and potential for new programming that we can be doing from both coasts.

Rob Bagshaw (“Project Runway All Stars,” “Top Chef Masters”) will be running the East coast operation as senior vice president of development and production. What kind of shows are you hoping for him to develop?
A little bit of everything. He’s done a lot in the format space, but he has a wide breadth of experience doing everything from talk, entertainment, reality, documentary, comedy. He got his start on “The Big Breakfast.” So I think it’s a matter of everything. We’re open to all different areas, whether it’s syndication or big shiny formats or docu-series that make sense for interesting personalities or interesting talent, or worlds that he’ll be able to identify on the East Coast that would make a good television program. We’re open to everything across all different formats and genres. It’s really just to develop and sell — it’s not just one specific focus.

There are so many different subgenres of reality TV now. Do you think there’s one that will be particularly strong in reality TV’s future?
I think the genre will continue to evolve. Obviously, I don’t have a crystal ball, I can’t say what it will look like in the future. Everybody is really pushing themselves and trying to find out what’s the next big thing. For us, and the industry as a whole, right now I think it’s interactivity. I think everybody is aware of what’s going on in the digital space, and the insatiable appetite for consumption of media, and obviously the way it’s being consumed is very different. I think as a content creator it’s a matter of having that in mind and trying to come up with a concept in whatever genre — that might be format, docu-series, or otherwise — that really taps into and compels the audience and entertains them in a way that they really want to consume and watch that content.

What size staff will the East Coast arm start off with? Will it be comparable to the West Coast operation?
No, no, no. This is really, start out with a small crew; three or four people to start, and hopefully build from there. This is really sort of a start-up, build it from the ground up. It’s something we want to take slow. It’s a small operation and it’s something that we really look forward to growing, hopefully in the very near future.