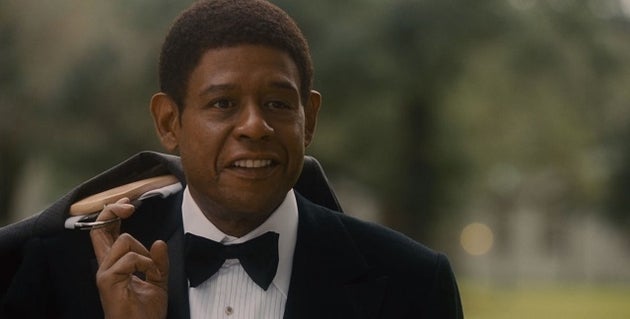 The Motion Picture Association of America overturned a previous ruling Friday and will allow the Weinstein Company to use the titles "Lee Daniels' The Butler" or "The White House Butler" in releasing their movie whose title has been in dispute with Warner Bros, according to a filing obtained by TheWrap.

However, the MPAA upheld its decision that the Weinstein Company could not use the original title of the film, "The Butler."

The MPAA faulted The Weinstein Company for "continuous use of the unregistered title 'The Butler' in willful violation of the TRB rules" and said the company is "permanently prohibited from any use of the title." The Weinstein Company will have to pay $400,000 to the Entertainment Industry Foundation for its violations, an additional $100,000 to the EIF and pay up to $150,000 to Warner Bros. for legal fees.

If The Weinstein Company does not comply with the ruling, it will have to pay $25,000 each day until it does.

The Weinstein Company is expected to use one of the two approved titles, according to an individual with knowledge of the dispute. If the company does use an alternate title with the word "butler," all of the words in the title will have to be of a similar size. For example, if The Weinstein Company calls it "Lee Daniels' The Butler," the words "Lee Daniels" must be at least 75 percent as large as "Butler."

The move comes after The Weinstein Company appealed the MPAA's arbitration ruling earlier this month, prohibiting the studio from naming the movie "The Butler" because Warner Bros. owns the rights to the title. The studio released a 1916 short film of the same name.

Also read: What's Behind Absurd WB-Weinstein Skirmish Over 'The Butler'?

“The Butler" uses the story of the White House's head butler (Forest Whitaker) as a way to examine the social and political turmoil of the last century. It's a true story. The butler, whose name was Cecil Gaines, served eight presidents from 1952 to 1986. The star-studded cast includes John Cusack, Robin Williams, Oprah Winfrey and Jane Fonda. Lee Daniels ("Precious") directs. It opens on Aug. 16, 2013.

Also read: 10 New Titles for 'The Butler' With Forest Whitaker and Oprah Winfrey

The title dispute has caused headaches for The Weinstein Company's marketing campaign. While it waited for the final ruling, the studio was barred from using the title “The Butler” in any promotional material or marketing. If it violated those rules, it faced a penalty of a $25,000 per-day.

In the meantime, the film's web site and Facebook page have been taken down and the studio has pulled commercials and print ads.

The controversy has also devolved into a series of accusations and high-profile surrogates. Warner Bros. has accused The Weinstein Company and its chairman, Harvey Weinstein, of whipping up the title fight as a way to get publicity. Weinstein has alleged that it is a ploy by the studio to win back rights he controls to "The Hobbit" franchise.

On Friday, Weinstein touted the support of three prominent civil rights leaders, releasing news that  Reverend Jesse Jackson; Ben Jealous, President & CEO of NAACP; and Roy Innis, National Chairman of the Congress of Racial Equality (CORE), had sided with the company in the dispute.