Caitlyn Jenner made her first appearance as a contributor on Fox News during “Hannity” on Thursday evening. The former Olympian briefly discussed Florida’s “Don’t Say Gay” bill, but was effectively cut off by host Sean Hannity before she could say much.

Jenner’s response came after Hannity suggested that teachers stick to “the basics” and “if they want to have all these woke classes after school, the parents can opt their kids in.”

“I’m a commonsense person. And that is what you call common sense,” Jenner replied, adding: “I am all for parental rights.” 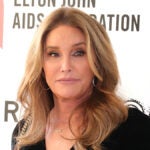 She also mentioned that she helped raise 10 kids and now has 20 grandchildren, which essentially derailed the conversation. But, Jenner also revealed that her grandchildren were one of the reasons that she’d decided to dive into politics.

“Honestly, I was holding my 1-week-old granddaughter, little Goldie Jenner just last week, and I was thinking what are we going to do? What’s her life going to be like?” she said. “And I want to help change that.”

Prior to joining Fox News, Jenner ran for Governor in California last year during a recall election, however the recall (of Gavin Newsom) failed. During her “Hannity” segment, she mentioned some of the reasons that she’d decided to run in the first place, which also guided her to take the role at Fox News.

“That’s one of the reasons I ran for governor is, we have to stand up. We have to have — America has to have a stand-up mentality. Yes, I have done a lot in my life going all the way back to the Olympics,” she said. “I had a lot of talks, actually, even with you, Sean, and other people at Fox when we were negotiating this deal. As you know, as you might know, I am trans. And — but I’m not a trans activist. That’s just one part of my life. There’s so much more to me.”

She continued, “But I think, in the next — in the midterms coming up, LGBT issues are going to be very big issues. And I’m looking forward to covering those. But there’s so much more to me than that.” 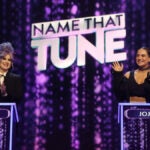