Age is just a number, and yet the pressures of aging are very real. Those issues are tackled head on in the new documentary “Calendar Girls,” which is premiering in the World Cinema Documentary Competition category at the 2022 Sundance Film Festival.

Directed by Maria Loohufvud and Love Martinsen, “Calendar Girls” is described as  a “coming-of-golden-age” film about senior volunteer dancers in Southern Florida. Through revealing conversations and choreographed dance scenes, the film captures the challenges of being a woman of 60 and the delicate balance of family, home and dance.

In TheWrap’s exclusive clip from the film (which you can view above), women share their candid thoughts about the aging experience. “When you’re 18 or 28 or even 38, everyone pays attention to you,” one woman says. “And then just one day, it suddenly stops. And you’re invisible.” 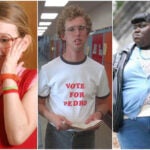 Another woman reflects on her unrealistic expectations of getting older when she was younger: “I can remember thinking, ‘When I turn 50, I’m gonna be old and I’m just gonna eat ice cream all day long because I won’t have to worry about my weight anymore, who cares when you’re that old?’”

“Sometimes I think that women, that we transform ourselves,” another woman says. “That when we put on the outfits and stockings, it’s like a superhero kind of thing.”

Bolstering that point, another woman adds: “If I have something on that I really think looks good, I feel amazing. Especially when you get older, because it’s so hard some days.”

Watch the video above. The film was acquired for distribution by Juno Films ahead of its Sundance debut.