The California Film Commission announced today 18 upcoming projects that will benefit from the state’s Film and TV Tax Credit Program, receiving a combined $93.7 million break for generating an estimated $915 million in spending.

Todd Phillips’ “Joker” sequel “Folie à Deux,” a remake of “The Thomas Crown Affair” starring Michael B. Jordan, and “Rebel Moon Part 2” are among the big-budget films selected for the program. An untitled Netflix production, which qualifies for more than $20.5 million in tax credits, is the priciest project at $107.7 million in qualified spending.

Together, the four projects will generate $377 million in qualified spending and $748 million in overall spending. (“Qualified” spending is defined as wages paid to below-the-line workers and payments to in-state vendors; all other spending is not incentivized under the program.) 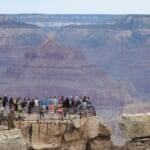 “We are thrilled to continue welcoming the kind of big-budget films that used to be so susceptible to runaway production,” California Film Commission Executive Director Colleen Bell said. “In addition to our incentive, we have the best talent, crews, infrastructure, locations, weather and so much more. California is ready to help filmmakers make the most of all we have to offer.”

“No other city has more resources than L.A. when it comes to our industry, and to have this kind of support for the work we do from the California Film Commission’s Film & Television Tax Credit Program is a nice welcome for all of us on ‘Joker: Folie à Deux,'” writer-director-producer Todd Phillips said. “Joker: Folie à Deux” is set to receive $12.6 million in credits for $98.7 million in qualified spending.

“Having spent the last several years filming in iconic locales here in the U.S. and around the globe, I’m looking forward to returning to work in the place I call home and to serving the state by bringing a project of this scope to California,” he added. 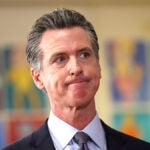 Additionally, 14 independent films will participate in the tax credit program. Among them are an untitled film by writer-director Sofia Coppola; the Elizabeth Taylor biopic “A Special Relationship,” starring Rachel Weisz; and Atlas Entertainment’s “The Knockout Queen.” Five of the films clock in at more than $10 million in qualified spending, with the other nine qualifying at $10 million or less.

Just under 70% of the planned shoots will take place in Los Angeles’ 30-Mile Studio Zone, while the remaining out-of-zone shoots will occur in 10 different counties throughout the state.

The next round of applications for film projects opens Jan. 3 to Feb. 6, 2023. The application window for new TV projects is open Sept. 19 through Sept. 26 of this year. 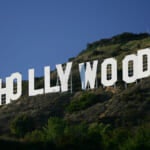