“Runt” made its world premiere at the 2020 Mammoth Film Festival where it received a standing ovation and the Audience Award. Boyce plays a high-school teenager who after a troubling incident takes a stand, which brings devastating consequences. The film tells a story of a group of neglected and misguided teenagers and addresses topics like bullying, unsupervised youth and the senselessness of violence. 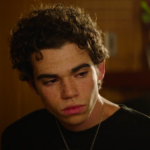 “Cameron was incredibly proud of this film. We believe his powerful performance will resonate deeply with all of his fans,” Boyce’s parents, Victor and Libby Boyce, said in a statement. “This film is very important in the climate we live in today. The message parallels the issue of gun violence and stresses the importance of helping people find peaceful outlets.”

The producers of the film added: “We are grateful to be working with 1091 Pictures, who immediately responded to this young and talented cast and understand the relevance and power of this story. We have also partnered with The Cameron Boyce Foundation and its Wielding Peace initiative to promote peace instead of violence and spread awareness of the consequences of gun violence. We are excited for audiences to see this powerful and thrilling picture.” 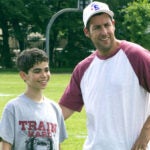 Boyce, who was born on May 28, 1999, was found unresponsive in his home on July 8, 2019. He was pronounced dead at the scene at 2:35 p.m. The Los Angeles County Department of Medical Examiner-Coroner determined the cause of death to be “sudden unexpected death in epilepsy.” He was 20 years old.

The deal was negotiated for 1091 Pictures by Lev Avery-Peck and by Janne Barklis of Gersh on behalf of the filmmakers.