Cameron Diaz is coming out of retirement with a little help from Jamie Foxx and Tom Brady.

The actress, who stepped back from Hollywood in 2014, will star alongside Foxx in the action-comedy “Back in Action” at Netflix. Cameron and Foxx previously worked together on 1999’s “Any Given Sunday” and the 2014 “Annie” remake.

The storyline for the action comedy film is being kept under wraps. 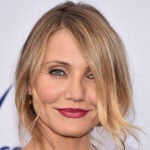 Also Read:
Cameron Diaz Explains Why She Hasn’t Made a Film Since 2014

“Cameron I hope you aren’t mad I recorded this, but no turning back now. Had to call in the GOAT to bring back another GOAT. @CameronDiaz and I are BACK IN ACTION – our new movie with
@NetflixFilm. Production starting later this year!!” tweeted Foxx.

In the clip, Foxx enlisted Tom Brady to help Diaz come out of retirement.

“I was talking to Jamie and he said you needed a few tips on how to un-retire,” Brady said. “I’m relatively successful at un-retiring.”

Diaz added: “Honestly…exactly what I needed.” 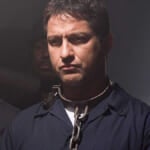 Seth Gordon (“Horrible Bosses”) is directing “Back in Action” with a script he wrote with Brendan O’Brien (“Neighbors”).

Beau Bauman (“Central Intelligence”) is producing the project for Good One Productions, along with Gordon for Exhibit A.

Foxx is executive producing along with Datari Turner, Brendan O’Brien and Mark McNair.