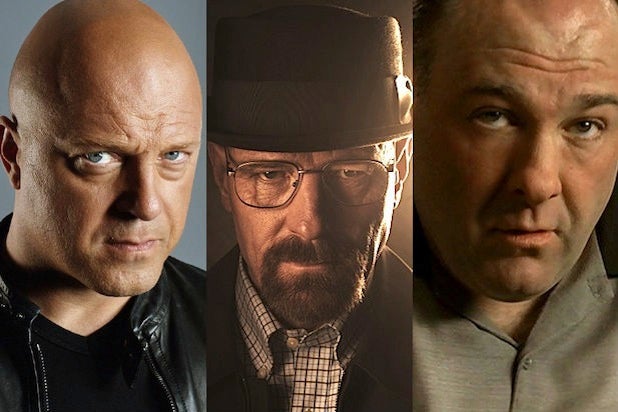 No matter what he does for the rest of his career, fans of “Breaking Bad” will associate Cranston with the role that earned him 3 Emmys and transformed the ineffectual dad on “Malcolm in the Middle” to one of the most respected actors in Hollywood.

Yet now that “Breaking Bad” has entered the pantheon of television’s greatest shows, Cranston faces a challenge that has bedeviled many actors before him: Will the success of “Breaking Bad” help or hinder his future career?

The men and women who have defined this new golden age of television, the antiheroes of your Sunday evening, have struggled in their second acts. As history has shown us, an iconic TV show can be a burden.

Michael Chiklis has attempted to recapture the success he found with “The Shield,” a show that earned him one Emmy and helped put FX on the map. Yet both of Chiklis’ TV shows since “The Shield” were short-lived, and he is not involved in the latest film reboot of “Fantastic Four.”

Sarah Jessica Parker opened the door for female protagonists on HBO, achieving a level of stardom with “Sex and the City” that she never reached as a film actress. After that show, she attempted once again to secure a permanent spot in the firmament of leading ladies. Yet her most successful movies were those based on that same TV show – at least commercially. “Sex and the City 2” earned her and her co-stars a Razzie for Worst Actress.

Kiefer Sutherland matched the success of his peers on broadcast TV, playing the indelible federal agent Jack Bauer. He was as vicious as any of his counterparts on HBO. Yet post-“24” success has proved elusive, and Sutherland will reprise the character for a limited series airing next year.

The best comparison for Cranston may be James Gandolfini, the star of the show that initiated the latest era of great television, “The Sopranos.” Both of them had built steady careers before their defining shows, but neither was a star.

When people debate the best shows of this generation, the conversation will begin with their shows, as well as “The Wire.”

After shedding the skin of Tony Soprano, Gandolfini got nominated for a Tony, lent his talents to a few films and produced documentaries. He is experiencing a posthumous moment in the sun with “Enough Said,” a well-received comedy co-starring Julia-Louis Dreyfuss. Yet the popularity of that film is fleeting.

Regardless of whatever else Gandolfini accomplished, he remains Tony Soprano.

Viewers spent years watching him arrange murders, cheat on his wife and grouse to his psychiatrist. They knew all of his flaws and loved him anyway. Yet that intimacy with a character, one that develops over the course of 60-plus episodes, complicates an actor’s efforts to move on.

We know these characters so well, we can’t imagine the actors playing anyone else. Few movies can change that.

Cranston has already capitalized on his newfound currency in Hollywood, acting in five movies each of the past two years. He will appear in a reboot of “Godzilla” next year, is currently performing in a play, and has booked a job playing blacklisted screenwriter Dalton Trumbo.

There is no shame in being known for one character, but certain actors aspire to more.

Will any of those roles change the way people remember Cranston, or will the shadow of Walter White loom?