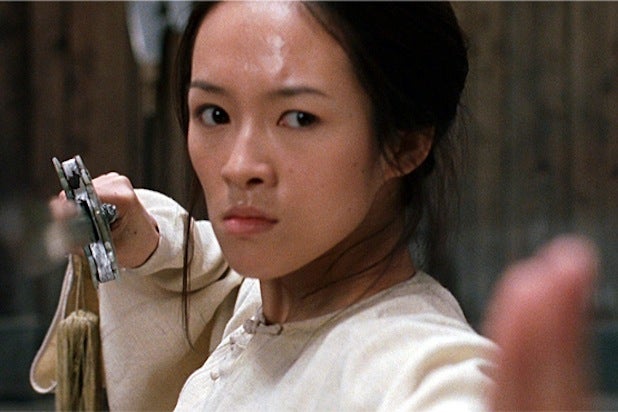 Every film distributor and producer wants to release a movie in China – now the world’s second largest market — but they also love to complain about doing business there, bemoaning a complex system of censorship and limited foreign releases.

Coker, who is working on a pair of co-productions, was one of several executives who urged Hollywood to familiarize itself with China before making too much noise about the rigors of doing business there.

Ellen Eliasoph, the CEO of Village Roadshow Pictures Asia, first began working in China two decades ago, opening an office in Beijing for Warner Bros. She still faces obstacles that don’t exist in the United States.

“A lot of times my colleagues in Los Angeles will think ‘Gee I haven’t heard from Ellen in a while’ and I’m working on minuscule things completely taken for granted in Hollywood,” Eliasoph said.

Also read: Chinese Box Office Will Leap 25% This Year to Pass $3.6B

China lacks a legal and financial infrastructure, but insurance is essential in a country where on-set fatalities are frequent.

Post-production is also expensive, and fans are ravenous. Village Roadshow once switched actors before a movie went into production because of the negative response online.

Yet the advantages far outweigh any of these complications.

“I feel incredibly blessed because I am working in the Chinese film industry at the most exciting time,” Eliasoph said. “There is lots of money, tons of movies and an audience with the average age of 21 that grew up with the Internet.”

Much of Hollywood’s consternation stems from the hurdles to securing co-production status, which allows a movie to skate the country’s quota on imported films.

“I’ve heard a lot of news about Chinese co-productions, but not much has been consummated,” Zhang Xun of China Film told the audience during a lunch keynote.

Xun is the gatekeeper for co-productions in China, and she spent the lunch keynote explaining the difference between a real co-production and an assisted production.

“For a co-production, both sides will invest jointly, create the script jointly and own the copyright jointly,” Xun said. “The story will have to be linked with Chinese story and culture. The Chinese cast must be at least one-third of the entire cast.”

Like many of the speakers before her, Xun insisted communication is key. China Film and local companies can help prevent American filmmakers from devoting resources to scenes that will only get them in trouble.

“We are offering our assistance to avoid the hot spots that are not supposed to be reflected in China,” Xun said. That includes excessive violence, pornographic scenes and any scenes that hurt the feelings of anyone else.

“You can’t shoot films in China that hurt the feelings of a third party or country,” Xun said.

That is censorship, and these restrictions engender fear that China is turning into India, a country that almost exclusively watches its own movies.

The Chinese box office will surpass $3.6 billion this year, according to EntGroup’s Amy Liu, but Chinese-language films will make up a hefty percentage of that figure.

Even though China has relaxed its import quota, allowing 34 films instead of 20, many of the year’s biggest hits, such as “Lost in Thailand,” are Chinese movies. Liu’s research suggests that Chinese moviegoers like light comedies, and “especially prefer Chinese-related movie lines and subjects.”

Most of the speakers insisted the Chinese market was large enough and sophisticated enough to accommodate Chinese and American movies.

“At the core of the culture business is the film business, and that’s why more and more Chinese moviegoers go back to the theater to watch movies,” Ye Ning, an executive at Chinese conglomerate Wanda, said. “This is the time to find cooperation between countries.”

Because the film industry blossomed after the spread of the Internet, Eliasoph noted, moviegoers grew up watching American movies, European movies and Chinese movies. Some of the speakers on Tuesday went a step further, arguing Chinese audiences have actually been more hospitable to American movies than American movies have been to Chinese films.

The most successful Chinese-language movie of all time in the United States is “Crouching Tiger Hidden Dragon,” which grossed $128 million in North America. No other foreign-language movie has hit triple digits.

“It was the first of its kind and that hasn’t been repeated,” Stanley Rosen, a professor of political science at USC, said. “That’s the problem.”