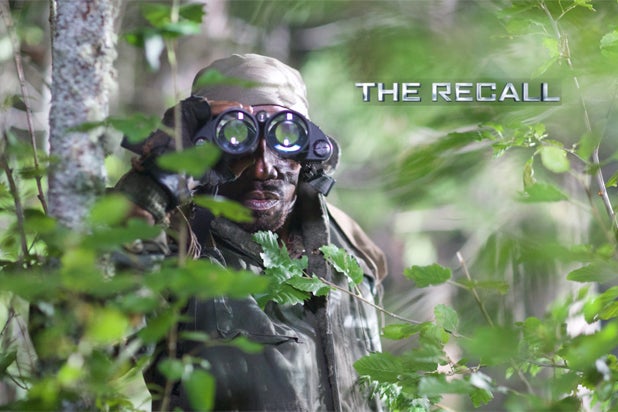 Christmas just came early for the small but important overlap on the Venn diagram between fans of Wesley Snipes and people with virtual reality headsets.

Snipes stars in “The Recall VR Abduction,” a 13-minute companion experience to his just-released sci-fi horror flick “The Recall.” Viewers get to fight off an alien invasion through the eyes of “Breaking Bad’s” R.J. Mitte, who co-stars in the film, while interacting with Snipes’ character “The Hunter.” And in a move many other VR experiences are latching onto, “The Recall VR Abduction” features several potential endings.

Produced by Snipes himself, the vehicle is now available on Samsung Gear VR, Oculus, and Google Daydream.

“The world of entertainment consumption is rapidly changing, this is our contribution to provide fans more ways to view and experience content than ever before,” said Wesley Snipes in a statement. “This experience in VR makes you feel like you’re a part of the movie!”

Users can fend off alien invaders with the “White Men Can’t Jump” star for $9.99, or if they’re truly big fans of Snipes’ work, can pay $14.99 for both the VR experience and the feature film.

“The Recall VR Abduction” is the latest example of Hollywood using VR as a promotional tool; Ridley Scott recently produced a VR piece centered around the latest “Alien” movie.

The project is from Mind’s Eye Entertainment, producers of the “The Recall”, in partnership with VMI Worldwide, Bridgegate Pictures, Invico Capital, Talking Dog Studios and SkyVR.