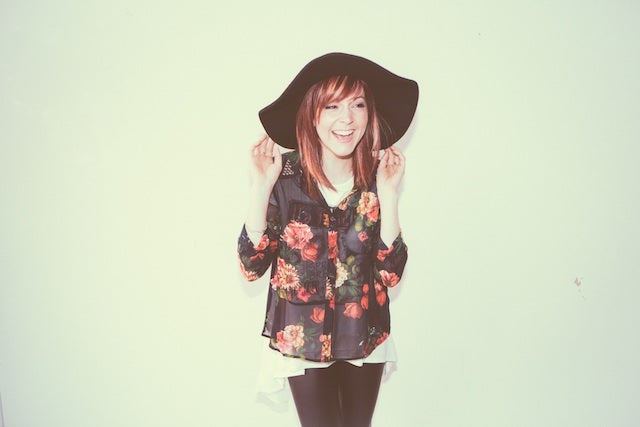 Lindsey Stirling will share a stage on Sunday with Lady Gaga and Eminem, performing at an awards show that granted each of them the same number of nominations — one.

Yet Stirling can’t help feeling out of place at her first-ever awards show, the YouTube Music Awards. Gaga and Eminem are mainstream recording artists. She is a YouTube star.

“There’s just a bit of a stigma,” Stirling told TheWrap, admitting that she often thinks “people wouldn’t think I’m good enough because I’m a YouTube artist grown from the web.”

When she reached out to John Legend about collaborating, she was convinced he’d decline. Instead, he welcomed the opportunity.

“A lot of times we limit ourselves, but these people see value in this new emerging world of social media and its power,” Stirling said.

Stirling’s web savvy has helped her amass a following of more than 3.5 million people on YouTube, and another 1.6 million on Facebook.

Those are massive figures for a dub-step violinist who has released one album and has a second on the way.

But does it mean “mainstream” viewers and listeners are ready to accept her?

That’s where the YouTube Music Awards come in. YouTube’s inaugural awards show, which takes place Sunday in New York, will honor popular musicians from both worlds, pitting the brainy duo of “Epic Rap Battles From History” against Eminem.

Also read: YouTube’s Most Popular Rappers Are White and Nerdy – and Bigger Than Bieber, PSY

While one awards show may not be enough to elevate Stirling to the mainstream, the show will expose her to millions of fans across the globe who tune in to watch Gaga or Arcade Fire.

“That’s a big thing that we talk about — how do we take Lindsey Stirling and propel her to mainstream fame,” Danielle Tiedt, chief marketing officer at YouTube and a VP at Google told TheWrap, adding that YouTube “plays a role in defining what is hot or not.”

While that may be YouTube’s mission, many have been quick to criticize YouTube for only nominating mainstream musical acts.

Epic Rap Battles is the only YouTuber actually up for the YouTube Artist of The Year award. Go support them! http://t.co/7xu2qJqx62

Or this one from Tyler, the Creator:

“YOUTUBE AWARDS COULDVE … HAD NOMINATIONS ON COOL CREATIVE VIDEOS … BUT NOOOO AGAIN ITS THE MOST TEENY BOPPER POP … YOU ARE BUTT.”

Tiedt acknowledged that mainstream pop acts dominated the list of nominees for two awards, but countered that four of the six awards were intentionally YouTube-centric.

The nominees for “YouTube Phenomenon” and “Response of the Year” would be unknown in the United States without the world’s most popular video site.

Tyler’s complaints will not stop the Los Angeles rapper from performing on Sunday during a show littered with an eclectic mix of artists. Popular DJ Avicii will take the same stage as Tyler’s compadre Earl Sweatshirt and YouTube darlings like Stirling and CDZA.

“Right now it is two different groups, but that’s what so exciting about this time,” Stirling said. “I’m part of the generation that will see the crossover happen. That’s one of my big goals. I want people to realize that the worlds are coming together.”

Here’s the video Stirling was nominated for: