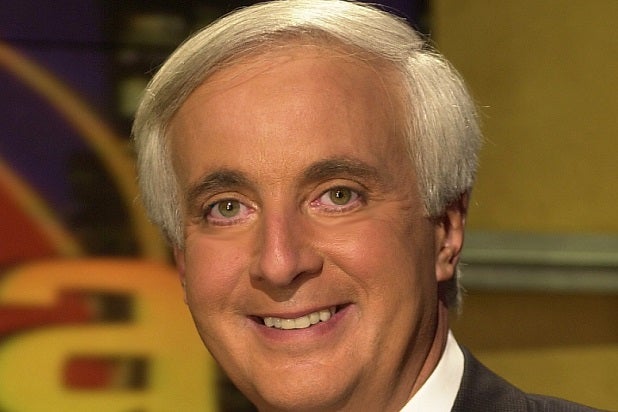 “A remake of ‘Candid Camera’ is the perfect addition to our portfolio of original series,” TV Land president Larry W. Jones said of the reboot. “The show is full of joyful laughter that catches you off guard and leaves you in high spirits – exactly the outlook that our brand embodies.”

TheWrap spoke with Funt, who explained what’s changing with the new “Candid Camera,” what’s staying the same, and whether people have gotten harder or easier to fool since the show first launched.

The new series, which is being co-produced by Electus and Funt’s Candid Camera, Inc., will announce additional casting, including another host. in the near future.

TheWrap: There have been a number of shows that, to put it charitably, have borrowed from “Candid Camera.”
Peter Funt: Yeah. If imitation is the sincerest form of flattery, I think me and my family have been just flattered beyond our wildest expectations.

With the new “Candid Camera,” will there be an effort to distinguish the new iteration from the newer shows, or will you go with what the show’s been doing for decades?
I think you’ve actually said the same thing two different ways. We’re going to do essentially the formula that has worked for us for decades, updated as appropriate and modernized for today’s TV scene, but essentially the same formula. And, competitively, that puts us right where we want to be. The imitative shows, derivative shows, the folks that have done a lot of hidden camera-type programs, have for whatever reason paid very little attention to our specific approach, and that’s fine with me, because that’s what we like to do, and I think viewers like it. Let me put it this way: Back in my father’s day, when people tried to imitate “Candid Camera,” he’d go to court and sued them. By the time I got involved with the show, that really wasn’t possible. You really couldn’t win such a suit. So I tried often to wage a PR campaign talking about how bad these derivative shows really were. Nowadays, and this time around, I think the easiest thing is simply to ignore them and that’s great. But we do our show with a particular touch, and I think viewers are very, very sure to recognize the difference.

What is the secret ingredient to your formula?
Well, I could tell you, but I would have to kill you, you know. Here’s the thing: A lot of other hidden camera shows strike me as out to show that people are stupid. We don’t think that’s really funny, and for the most part, I don’t believe that’s even true. The people who appear on “Candid Camera” are not victims — that’s not a word that we even use. We think they’re kind of heroic, because they stand up under a little bit of pressure that we provide. And then they smile about it in our iconic, “Smile, you’re on ‘Candid Camera'” reveal. And it’s a very, very happy, warm moment. Nobody leaves one of our shoots unhappy, and if they do, it’s our fault — we’ve made a mistake.

There’s so much more to “Candid Camera” than I’ve seen in any other derivative shows. First of all, we try to be funny much of the time, but there’s a lot more to our work than just humor. We are observers of human nature. We like to examine a few sociological and even psychological points. We like to show a few sad or moving moments with some of our montages. It’s quite an eclectic mix of ways to use the hidden camera, and a lot of the shows I’ve seen these days have figured out one note that they like to play. It might not be the song I prefer, but it’s the note they play. And it seems like they just play it over and over and over again, and that’s not our thing. There are also derivative shows where the hosts/provocateurs are really the stars of the show. It may involve hidden cameras, but they’re out there doing shtick, and trying to put on disguises and all sorts of funny stuff. Now look, that could be great, and some of those guys are very talented, but again, it’s not what “Candid Camera” is all about. When we’re at our best, the unsuspecting person is the star of the show, and when we’re doing our best, we basically try to shut up and get out of the way.

Also read: ‘The Exes’ Renewed for Season 4 by TV Land

With the continuing advance of technology, people are getting more sophisticated as time goes on. Does that make it harder to fool people?
The answer is absolutely clear: They are far easier to fool today. There are numerous reasons why, but I’ll give you a few. First of all, everybody you encounter today in public, or many of them, are multi-tasking in some sort of way. They’re on their cell phone, they’re driving, they’re doing their makeup in the rear-view mirror. Everybody is all about multi-tasking. Well, first of all, there really is no such thing as multi-tasking. I think the truth of the matter is it should be called partial tasking, because all you’re doing is borrowing from one side of your consciousness and asking the other side to do it. But that’s not really my point. My point is they’re more easily distracted than ever before, and that’s where we step in and do a “Candid Camera” sequence. So in that respect, they’re easier to fool, they’re not concentrating on what’s going on around them

How will you be incorporating modern technology in the new “Candid Camera”?
That’s the world around us that we like to poke fun at, and there’s just more of that to poke fun at than ever before. We like to invent machines that do crazy things. We like to take existing machines and make them do incredible things. We’re going to do several sequences about drones — I think a lot of us have a sort of drone obsession these days, because we see them in the news and we read about them, but very few of us have actually seen a drone flying over our neighborhood. So we’ll take care of that pretty soon.