Cannes 2021 will make history, as the festival’s competition jury will be majority female for the first time ever. 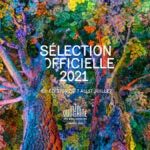 Also Read:
Cannes Directors Fortnight: Half of This Year’s Lineup Has a Female Director

The jurists will determine the winner of the Palme D’or and other awards, which will be presented July 17.

The history-making jury comes during a year when only four of the 24 films under competition were directed by women. However, exactly half of the films playing during Cannes Directors Fortnight have credited women directors.

The festival was canceled in 2020 due to COVID-19, and its 2021 edition was moved from its traditional dates in May to July. Attendance is expected to be much smaller than the record 12,527 people who attended the 2019 festival, thanks to the continuing travel restrictions from the pandemic.