Dozens of college students who paid on average $4,000 apiece for the privilege of interning at the Cannes Film Festival mainstay American Pavilion were unpleasantly surprised by broken promises, cramped living conditions, long, unpaid hours at menial jobs and exposure to inappropriate behavior, according to a new report.

Every year, the American Pavilion’s student program recruits more than 200 college students eager for experience and networking opportunities at the longstanding home-away-from-home for American film industryites attending Cannes. According to a report by blogger Stephen Follows, a film industry data researcher and screenwriter, many were highly disillusioned by the experience, which they said failed miserably to live up to what they were sold and often put students in perilous situations.

A spokesperson for The Pavilion told TheWrap they’ve reached out to Follows “to correct the many mischaracterizations of our student program … including the suggestions about French labor law that are false and defamatory. We have no record of him reaching out to us prior to publishing; if he had we would have welcomed the opportunity to discuss with him our student program, which has helped bring thousands of students to Cannes during its 33 years.”

The spokesperson did not deny that the student program costs thousands of dollars, which is confirmed on the American Pavilion website, and had no specific responses to the allegations of mistreatment.

The Pavilion is among dozens of nation-themed venues that pop up on the beach every year, a place to meet for food, drinks, WiFi, or just a comfortable chair. It’s also a place to rub elbows with Hollywood’s famous, powerful and well-connected – at least, that’s what the students were promised, according to Follows, who says he talked with upwards of 30 students, all of whom remained anonymous. 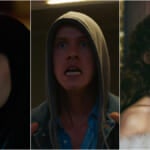 Also Read:
Is Cannes Back? Why a Wave of ‘Vibrant’ Film Sales Has Buyers ‘Very Happy’

Multiple interns said they felt swindled after spending thousands – some all on credit cards – to be stuck doing tasks that kept them far away from hobnobbing opportunities. Since airfare, appropriate clothing and other supplies and expenses aren’t covered, Follows says some students spent as much as $6,000 out-of-pocket for the experience.

“They promise that the pavilion workers get to meet and interact with the celebrities brought in, but of course they don’t it’s just manual labor and they get in trouble for interacting with people,” one student told Follows.

The interns were largely kind to AmPav personnel, who were not accused of any wrongdoing by students. “Some students expressed relief that the AmPav staff were there and at least one detailed an incident where AmPav person stepped into to protect a student when they judged the situation to be becoming unsafe,” Follows wrote.

But several sketchy scenarios – including organizers telling minors to find boat parties if they wanted to be fed – bubbled up in the anonymous reports. 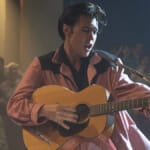 “There are no extra means of support or guidance for these minors and no one observes who they are hanging out with or what they are doing. It is absolutely a recipe for disaster,” one intern told Follows.

Said another: “The reality is just older men talking about themselves then giving me their Instagram.”

Others claimed they were told to get into Ubers not knowing the destination, or whose apartments they were going to; and/or that service companies they were placed with subjected them to racist, sexist and homophobic remarks.

“Even with the efforts of those with good intentions I haven’t spoke to one woman that has worked an event and not felt uncomfortable at some point,” one student told Follows.

American Pavilion, whose student program is the only one officially recognized by the Cannes Festival, was recently acquired by Penske Media, which publishes Variety, The Hollywood Reporter, Deadline, and IndieWire – all media partners of AmPav.

The Pavilion’s brand partners this year included The Hollywood Foreign Press Association, The Golden Globe Awards, IMDB, Stella Artois, and SAGindie, among others.

The Follows report reached out to several dozen other pavilions to find out if they followed similar practices. Only the United Kingdom and Australia responded and said “they pay all their staff and don’t run any unpaid or student schemes.” 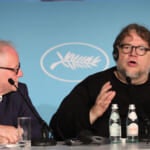