David Cronenberg’s “Crimes of the Future” lived up to the hype as one of the more controversial and subversive titles at the Cannes Film Festival this year, even one that has included pooping zombies (“Final Cut”), projectile vomit (“Triangle of Sadness”) and a wandering donkey (“EO”), among others.

But Cronenberg on Tuesday in his press conference turned the tables away from whatever outrage his film might have caused to the real world outrage, speaking out against the impending repeal of the abortion rights legal decision Roe v. Wade. The Canadian director did not mince words and suggested the real body horror on women’s bodies has to do with what’s going on in the Supreme Court.

“We think the US has gone completely bananas – we can’t believe that elected officials are saying the things they’re saying,” Cronenberg said Tuesday. “Not just about Roe vs. Wade but about everything else.” 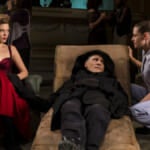 Cronenberg’s “Crimes of the Future” depicts a future in which humans have adapted to the point of no longer feeling pain and have embraced wild surgeries with new transformations and mutations to their bodies. It specifically follows Viggo Mortensen as a celebrity performance artist who publicly showcases the metamorphosis of his body’s organs.

Cronenberg however wrote the script for the film 20 years ago, but he said in terms of how it speaks to the parallels of Roe V. Wade and control over one’s body, “you could feel, even then, that this was coming.”

“A kind of oppressive ownership and control. It’s the constant in history, that somewhere in the world that wants to control its population,” he said. “That means, once again, body is reality. You control people’s bodies — that’s speaking, expressing themselves, that’s control.”

So Just How Bad Were the “Crimes of the Future” Walkouts?

While Cronenberg may have diverted the attention away from the walkouts from his film, this is Cannes, and curious minds do always want to know just how wild of a movie we’re talking.

The hype surrounding the film has been enormous and obvious ever since distributor Neon advertised it by saying that Cronenberg was the director of “Crash,” a movie that was famously polarizing when it premiered at Cannes in 1996 and even drew strong rebukes from jury members who made it clear they abstained from awarding it a Special Jury Prize.

And “Crimes of the Future” did receive a customary standing ovation, this one lasting roughly seven minutes, though Cronenberg having been here before teased to the crowd that “I hope you’re not kidding” in terms of how they really feel about the movie. And he had even predicted ahead of time people would walk out.

But The New York Times’ Kyle Buchanan perhaps best characterized the reaction inside the Grand Palais, acknowledging that the film was not booed as is not uncommon for Cannes crowds, especially among the press, and he spotted roughly 15 people who exited the theater during some particularly jarring moments in the film.

Thankfully, the film’s star Kristen Stewart defended Cronenberg’s movies and anyone who finds his films disturbing. She admitted that the first Cronenberg movie she watched was “Crash” when she was “far too young,” but that she’s astonished by the films and images he creates.

“People talk about his movies being difficult to watch, and it’s fun to talk about people walking out of Cannes screenings. But every single gaping, bleeding, sort of pulsing weird image, every bit of hurt or bruise in his movies, it makes my mouth open, you want to lean towards it. It never repulses me ever,” she said. “The way I feel it is through like really visceral desire, and that’s the only reason we’re alive.”

Stewart also described working with Cronenberg and said there’s an excitement in that she’s always “on tiptoes” and perhaps never did more than two takes of any moment. You can see more of some of her remarks below: 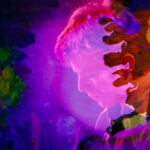 In the latest sale from the Cannes market of some of the festival’s buzzier titles, A24 has swept in to acquire the North American rights to Charlotte Wells’ critically acclaimed tearjerker “Aftersun” starring Paul Mescal.

The film is Wells’ feature directorial debut and played in the Critic’s Week section of the festival and stars newcomer Frankie Corio. The film follows a woman reflecting on a vacation she had with her father when she was 11, reflecting on memories both real and imagined and the father she thought she knew.

Barry Jenkins is also a producer on the film along with Adele Romanski and Mark Ceryak for PASTEL and Amy Jackson for Unified Theory.

Check out TheWrap’s review from the festival here.

“Wild Four O’Clocks,” a drama starring Michelle Pfeiffer, has sold out all of its international territories from sales outfit Protagonist Pictures.

Peter Craig, a writer on “The Batman” and “Top Gun: Maverick,” directed the film in his directorial debut. Sony Pictures’ Stage 6 Films closed on the film in a multi-territory deal, while the film also sold to VVS Films for Canada, Paradiso Films for Benelux and Eagle Pictures for Italy. 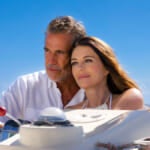 Marc Platt and Adam Siegel both produced “Wild Four O’Clocks.” The film is the story of two young brothers who, after their father is sent to prison, are placed in the care of their estranged grandmother, a vibrant and larger-than-life woman who will quickly have to learn how to care for the heartbroken yet strong-willed boys.

It’s hard to say whether or not “Crimes of the Future” will be David Cronenberg’s final film — never believe a director who says they’re quitting — but it definitely feels like a closing argument, one that both reaffirms the filmmaker’s favorite themes and stylistic choices while also reflecting a shift in his point of view.

We’ve been here before with Cronenberg; his 1999 “Existenz” also had the feel of a greatest-hits collection. But for audiences starved for brash choices from one of the cinema’s boldest living provocateurs, even a rehash seems fresher than corporate-assembled, focus-group-approved content.

Should this be the Canadian auteur’s final feature, he won’t be leaving on a high note: “Crimes of the Future” won’t be remembered alongside masterpieces like “Dead Ringers,” “The Fly,” “The Brood,” or “Crash.” Nonetheless, as a writer-director, Cronenberg continues to plumb his obsessions, both narrative and visual, and he brings enough energy and bravado to the mix to make this an oft-told story that he’s recounting as though for the first time.

Park’s films, whether they are his propulsive and violent “Vengeance Trilogy” of “Sympathy for Mr. Vengeance,” “Oldboy” and “Lady Vengeance” or the statelier and sultrier “The Handmaiden,” are nothing if not stylish. He’s one of the most accomplish visual stylists in international cinema, managing to make even the most prosaic locations in “Decision to Leave” – a police station, a parked car – look alluring and dramatic.

He also has a fondness for oversized stories that grow more complex as they develop, with “Decision to Leave” a formidable 2 hour, 18 minute mixture of crime story, love story and meditation on loss. Richly dramatic and at times confounding, it’s a gorgeous piece of work that has the ability to move you in one moment and leave you cold in the next.

The David Bowie documentary “Moonage Daydream,” which had its world premiere at the Cannes Film Festival on Monday at midnight, begins with a quote in which Bowie talks about Friedrich Nietzsche’s late 19th-century proclamation that God is dead and that humans must become gods themselves. It’s an appropriate enough opening, considering that Bowie’s most famous character, Ziggy Stardust, flirted with Nietzsche-style notions of man and Superman.

But a more telling quote comes later in Brett Morgen’s film, when Bowie talks about his fascination with “an artistic language that deals with fragments and chaos.” Because if there was ever a documentary that embraces the idea of fragments and chaos as organizing principles, it’s “Moonage Daydream,” which abandons all thought of straightforward narrative in favor of an immersive and purposefully mysterious and chaotic Bowie experience.

Or is “purposefully chaotic” a contradiction in terms? Regardless, “Moonage Daydream” is a bracing, gloriously messy (or, more likely, gloriously messy seeming) celebration and immersion in all things Bowie. You won’t get a biographical breakdown, except in bits and pieces and through the process of absorption rather than explanation; what you will get is an assemblage of live clips and interviews and animation and effects plucked from throughout the Bowie archives and knitted together with an extraordinarily dense and at times even assaultive sound design.