When Tom Cruise landed his first starring role in 1981’s “Taps” opposite George C. Scott, he told the crowd at Cannes on Wednesday that he remembers thinking, “Please, if I could just do this for the rest of my life, I will never take it for granted.”

Over 40 years later, Cruise hasn’t stopped running, on screen or head-first into every public appearance to celebrate how much he loves the movies. And he found a good audience when he was given a career retrospective on Wednesday ahead of the Cannes premiere of “Top Gun: Maverick,” taking the moment to champion the theatrical experience and explain what makes a movie that can only be seen on the big screen.

When Cruise was asked if he ever considered moving “Maverick” to streaming after it was delayed for nearly two years during the pandemic, he replied, “Never gonna happen.” And he further boasted when asked why he chooses to do his own stunts, he wryly said that no one would dare ask Gene Kelly why he performed all his own dances.

“There’s a very specific way to make a movie for the big screen. I know where they go after that and that’s fine,” he said. “I know people want that [big-screen] experience. I want other filmmakers to have that experience.”

After looking the part during the Cannes photo call in which Cruise appeared with “Top Gun: Maverick” co-stars Jennifer Connolly and Miles Teller as well as producer Jerry Bruckheimer, Cruise made his way to the Debussy theater stage for the career retrospective conversation with Didier Allouch and where he was presented with an honorary Palme d’Or.

The presentation opened with a lengthy clip package from many of Cruise’s films, all of it scored to the “2001: A Space Odyssey” theme “Thus Spoke Zarathustra,” and Cruise after yet another Cannes standing ovation told the crowd that “after everything we’ve been through, it’s such a privilege to see your faces.”

Later in the evening during the out-of-competition screening for “Top Gun: Maverick,” Cruise lapped up the praise a bit more when the movie received a five-minute-long standing ovation from the crowd.

Cruise first appeared at Cannes way back in 1982 for Ron Howard’s “Far and Away” in which during the closing night ceremony he presented the Palme d’Or to “Best Intentions.”

Ukrainian President Volodymyr Zelenskyy helped to open Cannes Tuesday by telling the crowd during the opening ceremony that the world needs people like Charlie Chaplin to remind everyone that cinema isn’t “silent,” and the rest of the world shouldn’t be either.

Zelenskyy appeared via a massive video message and received one of the longer standing ovations of the night in a ceremony that also included Forest Whitaker accepting an achievement award and audiences later getting the first look at Michel Hazanivicius’ “Final Cut.” But he wasn’t there for the applause.

“Hundreds of people are dying every day,” Zelenskyy said of the people in his country fighting off Russian invasion. “They won’t get up again after the clapping at the end.”

Zelenskyy, ever the cinephile, quoted Chaplin’s “The Great Dictator” and even showed a clip from Francis Ford Coppola’s “Apocalypse Now.” The film clip was another grim reminder that such images have become “a reality” in Ukraine. “Will the cinema keep quiet or will it speak up?” he said in his remarks. “Everything depends on our unity.”

But in quoting Chaplin’s film, he did leave the Cannes audience with a hopeful thought. “I am convinced that the dictator is going to lose,” Zelenskyy said.

In response to the Ukraine invasion, Cannes this year banned Russian delegates from attending the festival. Though on Wednesday will be the premiere of the one Russian film in the festival, “Tchaikovsky’s Wife.” The film comes from a director whom was put under house arrest by Vladimir Putin’s government. He’ll address the press on Thursday following the film’s premiere.

“Hot Milk” is the directorial debut of writer Rebecca Lenkiewicz’s (“Ida,” “Disobedience,” “Colette”) and is about the complexities of a relationship between a single mother and daughter set in the heat and atmosphere of the Spanish seaside town Almería. The film is described as an intimate exploration of sex, love and the bonds that tie us all together. 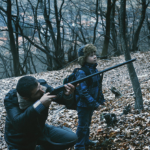