There’s nothing like a Rolling Stone, some classic tales of rock ‘n’ roll excess, and Hollywood’s reigning party girl to give a shot of adrenaline a film festival after a week of austere, arty foreign films.

Granted, maybe the 2010 Cannes Film Festival didn’t need Mick Jagger and Lindsay Lohan to liven things up. Maybe the usual assortment of mobs on the Croisette and starlets on the beach and yachts in the harbor – and, oh yeah, movies in the theaters and screening rooms – would have kept people interested regardless. 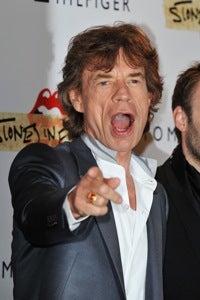 But Jagger came to town on Tuesday to promote the Rolling Stones documentary “Stones in Exile,” and Lohan arrived to hype her planned Linda Lovelace biopic and possibly get in some more trouble with the courts back in L.A.

Suddenly the South of France partied a little harder.

And to think, only a day or two ago the big news was that Jean-Luc Godard failed to show up for his press conference.

Sure, you could argue that a Godard no-show has more to do with what Cannes is really about than a Jagger sneer or a Lohan stumble. And you’d be right. But if you’re looking for a little tabloid attention, for TMZ and Perez Hilton to turn their gazes toward the South of France, then Mick and Lindsay certainly come in handy.

Jagger, of course, was the better behaved of the two — his film, which was commissioned and executive-produced by the Stones but directed by Stephen Kijak, is the one that’s already been made, that has screened to favorable reviews, and that is getting interest from buyers.

The documentary is not an official Cannes selection, but screened in the Directors Fortnight section, followed by a Wednesday press conference.

“The early ‘70s, we were young, good-looking and stupid,” Jagger told the crowd at the first Cannes screening of the film. “And now we’re just stupid.” 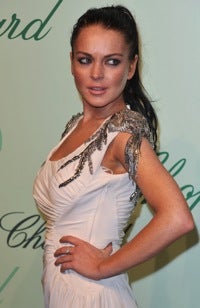 The press conference that followed was by most reports uneventful – “surprisingly dull,” said one blogger – but Jagger is, after all, a 67-year-old businessman and multi-millionaire, and never the liveliest interview.

But he’s also smart enough to realize that a little talk about sex and drugs can get people to perk up their ears. So on a Larry King interview that aired on Tuesday, the night before the Cannes press conference, he called for the legalization of marijuana.

And when he spoke to the BBC shortly before coming to Cannes, he was cavalier recalling the period documented by the film.

BBC Worldwide is representing the film at Cannes, and has lined up deals in many countries around the world, including France, Russia, Australia and Spain. Many more are in the works, the BBC said.

The film has already aired on BBC 1 in England. In the United States, parts of it were shown on the Jimmy Fallon show on NBC last week, when he devoted the entire week to saluting the Stones with musical performances of their songs.

While in Cannes, Jagger attended the Finch’s Quarterly dinner on Tuesday at the Hotel du Cap, alongside the likes of Glenn Close and Harvey Weinstein.

But if the rocker played things straight and fairly classy, the starlet did nothing of the sort.

She did show up midway through the festival, attended a party for the 150th anniversary of the European jewelry company Chopard, and was promptly photographed stumbling and falling to the ground.

Meanwhile, her European jaunt threatened to conflict with a scheduled Thursday court date in Los Angeles, where the judge reportedly wanted to know why she hasn’t completed all of the alcohol education classes mandated after her 2007 drunk driving conviction.

Word out of Lohan’s camp was that she couldn’t get a flight back because airlines were still suffering delays because of volcanic ash. Then the story changed: it’s not the ash, they said, but the fact that somebody stole her passport.

Meanwhile, according to press in Cannes, Lohan had promotional interviews scheduled for Wednesday, leaving her almost no way to get back to Los Angeles by 8:30 Thursday.

“I’ve been in compliance more than ever,” said Lohan to a TMZ interviewer when she arrived at the airport to go to Cannes … I think it [the hearing] should go well.”

At the moment, it’s virtually certain that it’ll go on without Lohan, which will place her in direct violation of a court order.

While CNN reported that, according to Lohan’s lawyer, she was ”stuck in Paris” waiting for a replacement passport, reports out of Cannes say the actress was spotted on Wednesday on a yacht there by photographers from the X17 agency.

It’s safe to assume that it’ll end with a warrant issued for Lohan’s arrest, a quick trip back to L.A., an apology …

And then, back in Cannes, everybody will be happy to go back to arguing about whether Alejandro Gonzalez Inarritu or Abbas Kiarostami make better films.