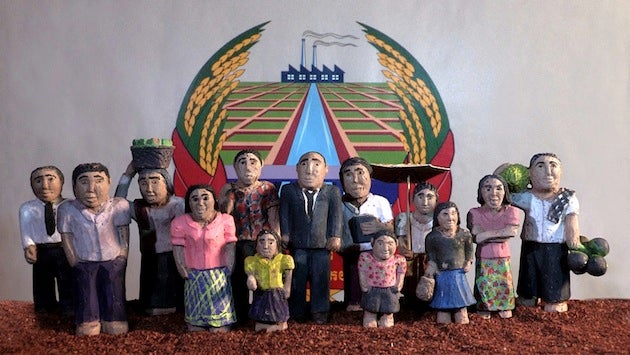 "The Missing Picture" by Rithy Panh has been named the best film in the Un Certain Regard sidebar at the Cannes Film Festival.

The film uses clay figures to recreate Panh's childhood under the Khmer Rouge regime in Cambodia.

In a letter to Cannes' Thierry Fremaux and Gilles Jacob, Vinterberg wrote, "One of the finest achievements in filmmaking is to create unforgettable moments — moments that stay with us — as a collective memory — as a collective mirror of our existence.

"Clay figures, extreme beauty, violence, homosexual blow jobs, systematic humiliation of the human kind, Léa Seydoux’s legs, great Brando imitations are just some of the unique images that will follow us for a while.

"This selection was insistingly unsentimental, and still poetic. It was political, highly original, sometimes disturbing, diverse and first of all, very often — unforgettable.”

Other films in the sidebar included Sofia Coppola‘s “The Bling Ring," Claire Denis’ “Bastards” and James Franco‘s “As I Lay Dying.”

The Palme d'Or, and other prizes for films in the main competition, will be announced on Sunday.

The Un Certain Regard jury awards: