So far at the 2021 Cannes Film Festival, we’ve seen a woman having sex with a car, nuns having sex with each other and Adam Diver and Marion Cotillard singing while having sex. But can we get our minds off sex for a minute and start thinking about the prestige side of Cannes — namely, what films might actually win the Palme d’Or when the jury announces its picks on Saturday?

That’s a tricky question, because as this year’s pandemic-altered festival nears its end, the awards picture remains extremely murky.

Given the strangeness of this year, a couple of those films actually might be real contenders, though it might be more likely that Ducournau could take the best-director award for the boldness of her vision, or that Virginie Efira might grab the actress award for playing the title nun in “Benedetta.” The Palme d’Or, after all, usually goes to a more established director: Bong Joon Ho, Ken Loach, Jacques Audiard, Michael Haneke and Terrence Malick have all won in the last decade, none of them strangers to the Cannes competition lineup. 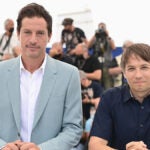 But this wasn’t a normal year, even beyond the constant COVID testing, the July dates and the smaller-than-usual crowds. While on paper this year’s lineup looked extremely strong, in truth the reaction was underwhelming for a string of movies that held great promise from established directors: Jacques Audiard’s “Paris, 13th District,” past Palme winner Nanni Moretti’s “Three Floors” and Bruno Dumont’s “France” (one of the few films to receive those infamous Cannes boos) among them. And that has perhaps opened the door for Ducournau, or for “Tangerine” and “The Florida Project” director Sean Baker, whose new porn-industry indie drama “Red Rocket” was said to be one of the few movies Spike Lee stood and clapped for after its screening.

Still, the favorite at this point is probably Iranian director Asghar Farhadi, who has won awards at Cannes in the past but has never taken the Palme (though he does have Oscars for “A Separation” and “The Salesman”). His new drama, “A Hero,” was the 15th out of 24 competition films to screen on the Croisette, but the first to be acclaimed as a true contender by most Palme-watchers.

It should be pointed out that the jury of 10 critics (only one female) on Screen International’s Cannes Jury Grid did not agree that “A Hero” is the festival’s best, giving that honor instead to Ryusuke Hamaguchi’s “Drive My Car” and putting “A Hero” in fourth place, tied with Juho Kuosmanen’s “Compartment No. 6” and behind “Annette” and “Benedetta.”

But critics and Cannes juries don’t often see eye-to-eye: Five years ago, “Toni Erdmann” set a new record score on the Jury Grid and yet was completely shut out by a jury led by George Miller, who reportedly hated the German film. 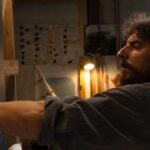 You can also forget about the reports of how long the standing ovation for each film was. Every film gets a standing ovation at its Grand Theatre Lumiere preview, every ovation goes on longer than it should, and the people who keep it going aren’t the ones on the jury. And you can forget about all those silly “will it figure in the Oscar race?” stories that follow each big Cannes premiere; almost all the time, the answer to that question is “hell no.” Cannes success is irrelevant at the Oscars except in the Best International Feature Film category.

So for now, we’re putting “A Hero” in the top spot for Saturday’s awards, with “Drive My Car,” Mahamet-Saleh Haroun’s “Lingui, the Sacred Bonds” (one of only two competition films from an African director) and “Compartment No. 6” as possible spoilers. “Titane” and “Red Rocket” are potential victories for Cannes’ youth movement, made possible this year by creating the new non-competitive Cannes Premiere section for veteran directors. And “Casablanca Beats” and “The Restless” are strong latecomers, though the latter film is in an uncomfortable position considering that its leading actress is married to juror Tahar Rahim.

Of the three American films in competition, “Red Rocket” seems to be the strongest contender, followed by Wes Anderson’s giddy anthology project “The French Dispatch.” Sean Penn’s “Flag Day” didn’t meet with the withering scorn that greeted his last competition title, “The Last Face,” but the Croisette was not particularly welcoming: Reviews from screenings outside of Cannes were on the whole far more favorable than ones that were written at the festival.

But no, we haven’t been sitting in on Spike Lee’s conversations with the rest of the jury, so we don’t know what they thought about “Flag Day” or, really anything else. We fully expect to be surprised on Saturday. 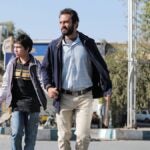 TheWrap has reviewed all 24 of the films in the Main Competition, the biggest group of films in that section in 50 years. Here are links to our reviews, in the order in which they screened.

“Annette,” Leos Carax
Carax set the bizarro bar very high nine years ago, and his first movie since then proves that he’s still a nutty filmmaker by turning his nuttiness into a full-fledged musical. That’s fun, for a while, and then it’s kind of exhausting, something that “Holy Motors,” with a similar two-hour-and-20-minute running time, never was. — Steve Pond

“Ahed’s Knee,” Nadav Lapid
Overall, it’s a work of robust intellectual energy and raging conflict that could come across as hectoring and even bullying. While fizzing with ideas and ideologies about cultural freedom, it’s also a very physical film, with close ups of skin — knees, toes, torsos — and the dry crunch of the stony desert. — Jason Solomons

“Everything Went Fine,” Francois Ozon
Adapting author Emmanuèle Bernheim’s memoir of the same name, Ozon stages “Everything Went Fine” as a resolutely unsentimental and surprisingly genteel family drama about a Parisian author trying to honor her ailing father’s wish to end his life. By very intentionally shaving off the rough edges and damping down the high drama, the film feels a bit like a self-imposed antidote to his more outré tendencies in recent films. — Ben Croll

“Lingui, The Sacred Bonds,” Mahamat-Saleh Haroun
There’s an urgency to the story, but not to the filmmaking. Haroun lets the vivid characters and the remarkable actresses provide the propulsion, while his camera sits back and watches; as a director, he’s not very interested in calling attention to himself. —SP

“The Worst Person in the World,” Joachim Trier
This is Trier’s most appealing and marketable film yet, casting Oslo in a gorgeous light and capturing its vitality and sophistication through the seasons, with scenes in a lakeside summer house, city coffee shops, a university campus, book launches, photo shoots and parties. — JS

“The Divide,” Catherine Corsini
What gives the film such force could also limit its reach: the fact that “The Divide” (“La Fracture”) is so thoroughly, brazenly and inextricably tied to present-day France. —BC

“Compartment No. 6,” Juho Kuosmanen
The story of a Finnish architecture student and a Russian boor building a real emotional connection as they share a train compartment is deliberate in pace and wintry in tone. It requires, and ultimately rewards, patience. —BC

“Flag Day,” Sean Penn
While the film sometimes struggles with disparate tones, it’s a solid, subtle drama that opts in most cases for restraint over excess. —SP

“Drive My Car,” Ryusuke Hamaguchi
Because the original text is but a 30-page story, “Drive My Car” is positively bursting with interesting flourishes and winsome tangents not found in the source. But alongside them comes a dose of heavy-handed melodrama that overtakes the last act, which is predicated on an emotional investment that simply never develops. And so the vehicle sputters in the final laps, trailing off in disappointment after starting so strong. —BC

“Three Floors,” Nanni Moretti
It’s one of those films that badly tests the patience as each storyline waits to tie itself up neatly and resolve — after two bursts of “Five Years Later” captions — into a honey pot of Italian optimism. — JS

“Bergman Island,” Mia Hansen-Love
The light and airy film then tries to answer those questions by offering an alternative vision — a self-reflexive Russian nesting doll-like mix of story in story in story, commenting on itself while throwing plenty of manna to the cinephile masses. —BC

“The French Dispatch,” Wes Anderson
It’s fun and it’s impossibly stylish and it’s absolutely exhausting, and it might make you start musing about the law of diminishing returns. But boy, it sure looks pretty. —SP

“Petrov’s Flu,” Kirill Serebrennikov
An abrasive tour through a post-Soviet heart of darkness, “Petrov’s Flu” practically dares the viewer to embrace it, knowing full well there’s too much sheer craft on display for anyone to look away. —BC

“A Hero,” Asghar Farhadi
Shot with precision, written with elegance and unfolding at a thriller-like pace, “A Hero” should perform very well around the world after this bow. — JS

“Titane,” Julia Ducournau
Ducournau’s follow-up to “Raw” is more than comfortable in its genre trappings, offering grab bag nods to past masters and positively delighting in sex, violence and grisly prosthetics as it chants “Long live the new flesh” from the film world’s toniest perch, inviting all gathered to join along. —BC

“The Story of My Wife,” Ildiko Enyedi
Like pouring yourself a warm glass of milk or slipping into a hot bath, the languid and visually sumptuous romance lulls you into a sleepy sense of calm, never asking for more than gentle aesthetic appreciation for its impeccable craft. But milk curdles when left out too long, and spending three hours in the bath never does any good, so to say the film more than wears out its welcome would be putting it lightly. —BC

“Paris, 13th District,” Jacques Audiard
It’s hard not to feel disappointed with the film as a whole. The episodic nature means that, despite the frequent physical comings together on screen, it never quite comes together as a drama. You can go in with hopes as high as some of the tower blocks and still leave wanting a bit more, given the pedigree of the talents behind the film and the hip vibe it looks to embrace. — JS

“Memoria,” Apichatpong Weerasethakul
It isn’t for everyone but it is about everyone – what we’re doing here on this earth and the spirits with whom we share it for whatever transient, ungraspable time we’re here. It is cinema that, if you let it, can check our heartbeats, frustrate our minds and connect with our very souls. —JS

“France,” Bruno Dumont
Say what you want about Bruno Dumont’s “France,” which was greeted with a chorus of boos (and, to be fair, some scattered applause) following its Thursday night press screening, at least it drew a reaction. —BC

“Casablanca Beats,” Nabil Ayouch
What “Casablanca Beats” forgoes in conventional narrative it more than makes up for in filmic form, charging forward as a non-stop blitz of lyrics, language, movement and music. It is, in other words, a world cinema hip-hop musical, replacing dialogue with freestyle bars and tapping into a flow that it rides from the opening bookend all the through to the close. —BC

“Nitram,” Justin Kurzel
If the somber biographical drama — which follows the perpetrator of a 1996 Australian massacre in the lead-up to the event that claimed 35 lives and injured 23 others — never quite resolves (its) tensions, it also doesn’t really try, instead working them into its very fabric. —BC

“The Restless,” Joachim Lafosse
Both actors are riveting in this sad duet, and Lafosse isn’t much interested in giving them a facile reconciliation. Everything is hard in “The Restless,” a potent drama that never quite succumbs to dread but always keeps it close at hand. —SP