Oliver Stone headed to the Cannes Film Festival this week 30 years after the release of his dramatic saga “JFK,” this time with a documentary about the John F. Kennedy assassination murder that aims to get more answers about the 1963 event. But Stone, who was last in the official selection at Cannes with his 2010 sequel “Wall Street: Money Never Sleeps,” returned to the festival in a combative mood.

In his Tuesday morning Cannes press conference, Stone bemoaned the fact that Hollywood and American financiers didn’t step up to fund his latest film, “JFK Revisited: Through the Looking Glass.” “We have to go, for our own history, to Europe,” he said (via Deadline), alluding that he had the same problem when funding his 2016 drama “Snowden,” about NSA whistleblower Edward Snowden.

His producer, Robert Wilson, had even stronger words: “There’s a real problem in the U.S. with this side of the film industry owning our history,” Wilson said. “It’s depressing that we have to go to England to get money to tell the story that’s very intrinsically American.” 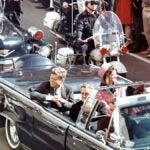 Stone had teased that “JFK Revisited” even had a four-hour cut that he could’ve shown at Cannes, but the version that audiences did see fell flat with some critics at the festival.

“Even after this two-hour version of talking heads, photostats of redacted files and some shocking shots of President Kennedy’s brain, we are no closer to anything like the truth,” TheWrap’s Jason Solomons wrote in his review, saying the film is a “procession of white, male authors and experts in boring shirts hectoring you with their theories and old books.”

“The French Dispatch” Cast Has Some Fun

Wes Anderson and the star-studded cast of his latest film, “The French Dispatch,” opted not to hold the usual Cannes press conference after the film premiered on Monday, with writer Roman Coppola explaining they would like to just have the movie speak for itself.

Anderson did give a few words in an exclusive interview to Vanity Fair, along with a clip from the film of Timothée Chalamet’s “Bathtub Manifesto” scene in which he’s naked in front of Frances McDormand. In one of the five episodes that make up the film, Chalamet plays a student revolutionary, and McDormand as the stoic journalist assigned to cover the uprising. The protests are based on the real 1968 student uprising that consumed France (and stopped that year’s Cannes Film Festival midway through).

Also Read:
Wes Anderson’s ‘The French Dispatch’ Hailed as ‘Relentlessly Wonderful’ and as ‘Playful as They Come’

“They began, we’re told, with the insistence of the students that male students be allowed to visit the girls’ dormitory,” Anderson said. “It’s then grown into a much bigger protest that is ongoing.”

“The French Dispatch” is an episodic film from Anderson, linking together multiple stories that all live within the pages of a New Yorker style magazine edited by Bill Murray’s character. And while it’ll be a few more months until American audiences get to see it, the film has an impressive 100% score on Rotten Tomatoes (check out TheWrap’s reaction roundup here) as of Tuesday morning, and Twitter had plenty of fun admiring some of the cast’s antics during the film’s 9-minute standing ovation.

For one, Chalamet’s silver suit bucked the traditional fashion norms on the Croisette, and during the standing-O, co-star Tilda Swinton even pulled this little prank on young Timmy.

French president Emmanuel Macron came down hard with new health policies in his country on Monday as the Delta variant of the coronavirus continues to rage across Europe. He mandated that health workers be vaccinated by September 15, aiming to get the country 100% vaccinated, and he also set a strict mandate that people in cinemas, concert venues and theaters must be vaccinated, with proof of vaccination shown through something called the EU Digital Covid Certificate, or a “health pass.”

There was fear before his ruling came down that it could interrupt the Cannes’ current protocols and even threaten to derail the festival. But Macron’s mandate for cinemas begins on July 21, which means it won’t take effect until four days after the festival has handed out its prizes.

“The country is facing a strong resumption of the epidemic touching all our territory,” Macron said Monday via AP. “The equation is simple. The more we vaccinate, the less space we leave this virus to circulate.”

Approximately 40% of France’s population is fully vaccinated, and by August the health pass requirement will also apply to cafes, shopping malls or taking a train or plane.

However, Macron stopped short of mandating new lockdowns in order to combat the delta variant, saying that “we have to learn to live with the virus.”

You can keep your art-house movies, as Cannes on Monday welcomed what Thierry Fremaux had labeled a “planetary blockbuster” to the festival, with Vin Diesel’s “F9” screening on the beach. Diesel himself was not in attendance, but the event drew a big crowd, with the open air beach-side cinema being open to anyone.