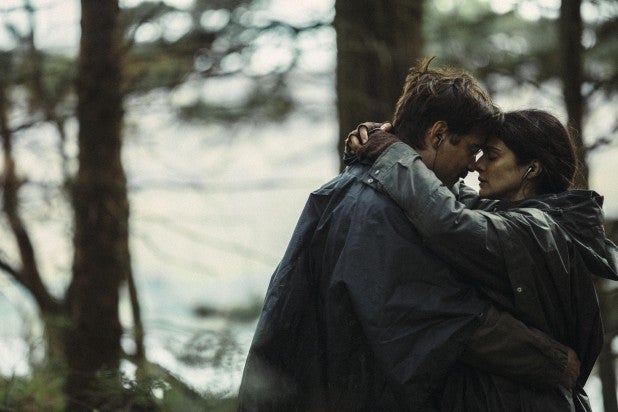 The world may be full of people who are desperate to find a partner, but Yorgos Lanthimos’ “The Lobster” takes that imperative to a whole new level. The new film from the Greek director of the Oscar-nominated “Dogtooth” is set in a future where a bucolic but creepy resort hotel takes guests in for 45 days, in which time they must either find true love or be turned into the animal of their choice.

Yep, the Cannes Film Festival has gone back to Yorgos-land, a terrain where everyone speaks a little too formally, social interactions redefine awkward and casually surreal circumstances are accepted as if everybody knows that surgical transformation into a dog, cow or lobster is entirely natural, if a touch inconvenient.

Fans of “Dogtooth,” a deadpan social satire set in a family unmoored from the real world but not from Lanthimos’ rather odd thoughts on modern society, will recognize this terrain — though they may find “The Lobster” simultaneously more accessible (it’s in English) and tougher going (it grows steadily darker and more grueling).

In 2010, “Dogtooth” managed to land an Oscar nomination for Best Foreign Language Film, making it the most unexpected nomination in decades and angering the category’s general voters, who according to all reports hated the film and were annoyed at the elite executive committee who put it on the shortlist. It also became a cause célèbre among those who loved daring cinema and were thrilled to see something so weird on the list.

With that as a bizarre calling card, the stakes were high for Lanthimos’ first English-language film, which could be viewed as a sellout if he toned down the deadpan absurdity but a missed opportunity if he didn’t.

Well, Friday’s screening showed it’s not a sellout. Starring Colin Farrell as a man whose recovery from an 11-year relationship is complicated by the fact that he lives in a society that can’t abide single people, “The Lobster” trafficks in the same kind of deadpan surrealism as the director’s earlier work.

Whatever currents in modern society inspired this particular venture, Lanthimos leaps in and Farrell goes along gamely with a setup that rarely misses a chance to tweak our various preoccupations. (If a new couple starts having problems, explains the hotel proprietor, they’ll be assigned a child: “That usually works.”).

For most of its two-hour running time, “The Lobster” is seriously twisted and seriously funny. But when Farrell’s character stops hanging out with fellow lovelorn seekers like John C. Reilly and takes up with a fierce gang of singles who live in the woods, the sick fun slowly grinds to a halt, and the movie grows blacker and less sure-handed. (At its first screening in the huge and packed Grand Theatre Lumiere, a small but steady stream of walkouts were visible from one section of the orchestra.)

The bookies at the British firm Paddy Power installed “The Lobster” as the pre-festival favorite to win the Palme d’Or, which from this vantage point now seems a longshot. Funny, grim and singular, Lanthimos’ movie doesn’t quite have the heat of other competition titles like “Son of Saul” and “Tale of Tales.” It’s a weird and occasionally frustrating treat.