The jury is chaired by a (relatively) mainstream American filmmaker, Tim Burton, and it contains a pair of actors who’ve made their share of major studio hits, Benicio del Toro and Kate Beckinsale – but that doesn’t mean the Cannes Film Festival looks to Hollywood to stock its competitive lineup.

On the other hand, Cannes does love those Hollywood stars on the red carpet.

As expected, the U.S. presence at Cannes in 2010 will, for the most part, be restricted to stars and the filmmakers whose latest work will screen out of competition. Doug Liman (“Swingers,” “The Bourne Identity,” “Mr. and Mrs. Smith”) is the only American director to have a film in the main competition; his “Fair Game,” the story of the Valerie Plame incident, will likely face rough going against a lineup dominated by acclaimed international directors (although its political slant will probably help it with the French audience). 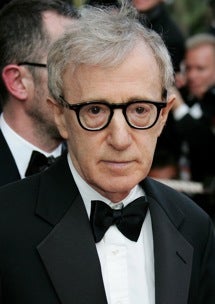 But with Ridley Scott’s “Robin Hood” opening the festival out of competition, Oliver Stone’s “Wall Street: Money Never Sleeps” closing it the same way, and Woody Allen’s “You Will Meet a Tall Dark Stranger” also taking the director’s usual non-competitive slot, Cannes will have plenty of stars to draw attention.

That last film, from director Derek Cianfrance, is a Sundance favorite (and a planned December release from the Weinstein Company) that’ll be screening in the Un Certain Regard section, generally the province of younger, less established filmmakers – although with French icon Jean-Luc Godard and 101 year old Portugese director Manoel de Oliveira in the lineup this year, you can throw the younger designation out the window.

A few more films are expected to make the lineup before the Festival begins on May 12. Terrence Malick’s “Tree of Life” will almost undoubtedly be accepted if the reclusive filmmaker finishes it on time; other possibilities include Francois Ozon’s “Potiche” and Olivier Assayas’ “Carlos.”

Director Julian Schnabel’s “Miral” was widely rumored to be a top contender, but Schnabel told Jeff Wells that he was opting to bypass Cannes and show his film at the Venice and Toronto film festivals instead.

Two of the films at the festival, Mathieu Almaric’s “Tournee” and Diego Luna’s “Abel,” are directorial efforts from actors.  Mathieu’s films include Schnabel’s Cannes favorite "The Diving Bell and the Butterfly" and the James Bond movie "Quantum of Solace"; Luna has appeared in "Y Tu Mama Tambien" and "Rudo y Cursi," among others.

As the Women & Hollywood blog points out, the slate does not have a single film directed by a woman in the main competition, and only one in Un Certain Regard.

The Directors Fortnight and Critics Week series, which are produced and programmed independently of the main festival, will be announced separately.

The full lineup is here.