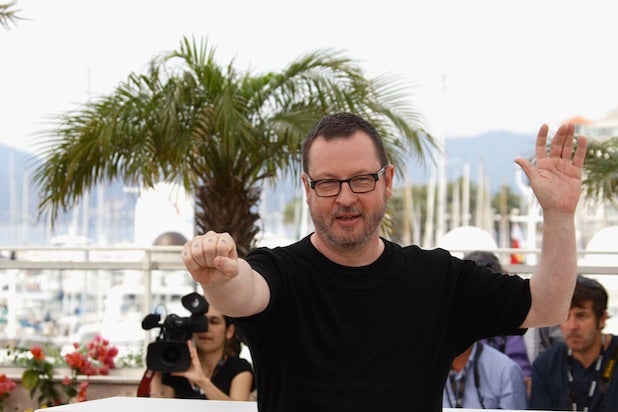 Director Lars von Trier, who was declared “persona non grata” at the 2011 Cannes Film Festival for comments he made about Adolf Hitler, will return to Cannes for the first time since then, festival general delegate Thierry Fremaux said on French radio on Tuesday.

Von Trier’s “The House That Jack Built,” the study of a serial killer played by Matt Dillon, has long been rumored to be a contender for a slot at this year’s festival. When asked about that by a French radio host, Fremaux confirmed that Cannes would have a von Trier announcement in the coming days.

When the host pressed him to confirm that the film had been added to the lineup, Fremaux responded, “I sort of did.”

“The House That Jack Built” is set in Washington state and covers the life of the killer over a dozen years. Other cast members include Riley Keough, Bruno Ganz and Uma Thurman. IFC acquired U.S. rights to the film in Cannes last May.

Known as a cinematic provocateur, the Danish director caused a furor at Cannes in 2011 when his film “Melancholia” screened in the main competition. Asked at a press conference to discuss his German roots and his interest in the Nazi aesthetic, he began a long and rambling answer by saying, “I thought I was a Jew for a long time, and I was very happy… But it turned out that I was not a Jew…

“And then I found out that I was really a Nazi because my family was German. Which also gave me some pleasure. What can I say?”

As the film’s star, Kirsten Dunst, pleaded with von Trier to stop talking, he added, “I understand Hitler. I think he did some wrong things, absolutely, but I can see him sitting in his bunker at the end. I think I understand the man. He’s not what you call a good guy, but I understand much about him, and I sympathize with him a little bit.”

While von Trier quickly issued a formal apology for the comments, he was banned from the rest of the festival and declared “persona non grata,” though “Melancholia” remained in the official competition. (Dunst won the festival’s best actress award.)

The director’s next film, the two-part 2013 drama “Nymphomaniac,” did not screen in Cannes. But Fremaux has in recent years said that he was open to having von Trier return to the festival, and in Tuesday’s interview, he said that festival president Pierre Lescure has been working to lift the director’s “persona non grata” status.

Fremaux also said that Russian director Andrey Zvyagintsev, who was in competition at Cannes last year with “Loveless,” will serve on the jury this year. The rest of the jury, which will be headed by Cate Blanchett, has yet to be announced.

Ben Croll contributed to this report.