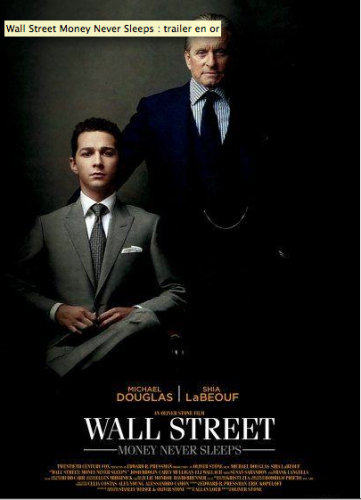 “I’m confused whether capitalism in its present form can work,” said the director at a news conference after the first screening on Friday. “It seems not. It seems excessive and unregulated… I don’t know where it’s going to go.”

Stone said that Douglas and producer Ed Pressman first approached him to reprise “Wall Street” in 2006, but he wasn’t interested.

But after the global financial crisis in 2008, he felt there was a need to address anew the themes that resonated so deeply with his 1987 blockbuster hit and the protagonist who became a cultural symbol of the go-go era, Gordon “Greed is Good” Gekko.

“I didn’t want to celebrate a culture of wealth,” said Stone. “But after the crash,  all bets were off. It was a triple bypass. This is serious. It’s time to come back. It had to be done.”

The film is jam-packed with strong performances and a stellar cast, including Shia LaBeouf as a young trader eager to make his way on pre-crash Wall Street, in love with Gekko’s daughter, an idealistic journalist cut off from her father, played by Carey Mulligan.

The new bad guy is Josh Brolin, who runs a global finance firm elbow-deep in all the buzzwords we've come to fear – credit-backed derivatives, shorted stocks and bailouts to the tune of $700 billion.

Douglas  said he felt a need to correct the heroic image Gekko left behind among many young Wall Street people.

“Oliver and I were both pretty stunned after the first one, how (audiences) perceived Gekko: an insider trader, a 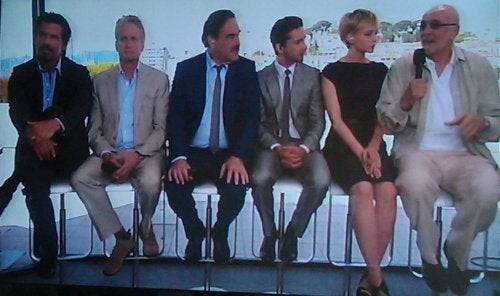 “But we never anticipated that all these MBAs would be ranting and raving that this was the person they wanted to be. And yet 22 years later, a lot of those MBA students are heading up these investment banking companies now, because the greed hasn’t stopped, it’s since become legal.”

If not a heroes’ welcome, Oliver Stone and Michael Douglas certainly were met with the red carpet as they brought their anti-greed message to the festival, well-timed to investigate the aftershocks  of the 2008 financial crisis.

Both Stone and Douglas said they thought the moral of the overspending 1980s would sink in on capital markets. But instead “we got drunk,” Stone observed. “In 1987 I thought it would correct itself, I really did. But it didn’t, it got worse.”

Twentieth Century Fox will release the film on September 24.