Former President Donald Trump and his allies were hit with another lawsuit over their role in the Jan. 6 riot at the U.S. Capitol, this time from seven Capitol Police officers.

In a suit filed Thursday in Federal District Court in the District of Columbia, Officers Conrad Smith, Danny McElroy, Byron Evans, Governor Latson, Melissa Marshall, Michael Fortune and Jason Deroche named not only Trump, but his 2020 presidential campaign, allies like Roger Stone, groups like the Proud Boys and accused rioters.

“Plaintiffs and their fellow law enforcement officers risked their lives to defend the Capitol from a violent, mass attack — an attack provoked, aided, and joined by Defendants in an unlawful effort to use force, intimidation, and threats to prevent Congress from certifying the results of the 2020 Presidential election,” the suit says. “Because of Defendants’ unlawful actions, Plaintiffs were violently assaulted, spat upon, tear-gassed, bear-sprayed, subjected to racial slurs and epithets, and put in fear for their lives. Platiffs’ injuries, which Defendants caused, persist to this day.” 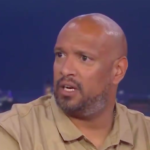 According to the new suit, Trump and his co-defendants violated the Ku Klux Klan Act, an 1871 statute that protects against violent conspiracies that interfere with the constitutional obligations of Congress. The suit also alleges violations of Washington, D.C., laws against “bias-motivated acts of terrorism.”

A representative for Trump and his campaign did not immediately return a request for comment.

At least three other lawsuits have been filed this year by police officers, according to the New York Times, but this is the first civil suit to allege that Trump worked with the other named defendants to promote baseless lies that the 2020 election was somehow rigged. 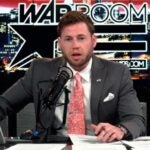 In March, officers James Blassingame and Sidney Hemby, who say he “inflamed, encouraged, incited, directed, and aided and abetted” the rioters who stormed the Capitol Jan. 6, filed suit, seeking at least $75,000 each in damages.

Amid the rise in civil litigation, the U.S. Justice Department continues its criminal investigation of the Jan. 6 riot. In addition, a select committee in Congress is pursuing its own inquiry — including requests on Wednesday for detailed records from multiple federal agencies about Trump’s activities on Jan. 6.