During an appearance Sunday on CNN’s “Reliable Sources,” host Brian Stelter posed the question of “where we are heading as a country” to Bernstein, after what Stelter called “a week full of Trump delusion headlines.” Though Bernstein noted that he has no professional qualifications as a psychiatrist, he did agree that the twice-impeached former president is “delusional.”

Honing in on Bernstein’s choice of words in “war criminal,” Stelter pushed him to elaborate further. The Pulitzer Prize-winning journalist went on to cite Trump’s “homicidal negligence” during the COVID-19 pandemic, before pivoting to the actions of Trump’s supporters in the Capitol on Jan. 6.

“Looking at his actions in terms of fomenting a coup to hold onto office, in which the head of the American military, the chairman of the Joint Chiefs of Staff has now compared Trump — not the press, not reporters comparing Trump to Hitler — but rather the head of the American military comparing him and his movement to Brownshirts, to the Reichstag fire,” Bernstein said.

“This is a huge wake-up call to this country when General Milley, the head of the American military, has said this, and it fits as a piece with something so extraordinary in our history. It’s not political, Trump is not just political, he transcends the political, and we need to start looking at his crimes in that context.”

Reps for Trump did not immediately respond to TheWrap’s request for comment. You can watch Bernstein’s full comments in the video above. 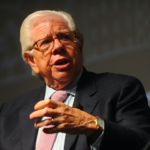 Also Read:
Carl Bernstein Slams GOP as ‘Party of Trump’ Who Didn’t Listen to Warnings of His ‘Derangement’ (Video)