Carlos Marín, one member of the quartet vocal group Il Divo, has died following a hospitalization for an unspecified illness. He was 53.

“It is with heavy hearts that we are letting you know that our friend and partner, Carlos Marin, has passed away,” the other members of Il Divo — David Miller, Sébastien Izambard and Urs Bühler — said in a statement shared Sunday. “He will be missed by his friends, family and fans. There wiIl never be another voice or spirit like Carlos. For 17 years the four of us have been on this incredible journey of Il Divo together, and we will miss our dear friend. We hope and pray that his beautiful soul will rest in peace. With Love — David, Sebastien and Urs”

Marín’s cause of death was not disclosed by the other members of Il Divo, but it comes following the singer’s hospitalization while on tour in the U.K., which was first mentioned by the group in a tweet last Thursday: “Our dear friend and partner, Carlos, is in the hospital. We are hoping and praying for a speedy recovery.”

Marín was admitted to the Intensive Care Unit at the Manchester Royal hospital in the U.K. Dec. 8 while on tour, according to El Español. Per the Spanish news outlet, Marín was in serious condition at the hospital as of last Wednesday.

On Dec. 7, one day before Marín was reportedly first hospitalized, Il Divo postponed a show at Hull Bonus Arena “due to illness.” Three days later — after scrapping several other shows — on Dec. 10, the vocal quartet pushed the remaining dates of their 2021 Christmas tour until December 2022 “due to illness.”

According to Variety, Marín died of complications due to COVID-19. 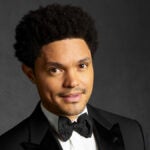 Simon Cowell, who is responsible for rocketing Il Divo to stardom, paid tribute to Marín on social media Sunday, tweeting: “I am finding this so difficult to put into words how I feel right now. I am devastated Carlos Marin has passed away. He loved life. He loved performing and always had so much appreciation towards the fans who supported the group from day 1. Rest in peace Carlos. I will miss you.”

Cowell first brought together multi-national quartet Il Divo — Marín from Spain, Bühler from Switzerland, Miller from the United States and Izambard from France — in the early ’00s under his Syco label, though the group has since moved on from the producer.

Representatives for Il Divo and Cowell did not immediately respond to TheWrap’s request for additional comment Monday.