Trevor Noah sued a New York City hospital and surgeon last month, according to new reports, with the “Daily Show” host accusing Dr. Riley J. Williams III and the Hospital for Special Surgery of being “negligent and careless in failing to treat and care for” him.

Noah was a patient between August and December of 2020, per a copy of the suit obtained by People, and underwent surgery in November of that year. He said that while seeing the specialist, the team failed “to use approved methods in general use in the care and treatment.”

A representative for the hospital did not immediately return a request for comment from TheWrap. A spokesperson told People, “HSS received a complaint filed on behalf of Mr. Trevor Noah. We have shared with Mr. Noah’s attorney a detailed rebuttal to the claims, which are meritless. Due to HIPAA we are restricted by law from addressing publicly specific aspects of the treatment of any patient.” 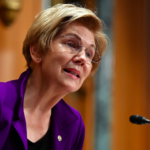 According to the filing, the Comedy Central star suffered “serious personal injury” after his procedure. His injuries, the papers state, are “permanent, severe, and grievous,” and have left him “sick, sore, lame, and disabled.”

It was not immediately clear what type of injuries he sustained, nor what type of surgery he underwent. Williams’ website lists him as an orthopedic surgeon and sports medicine specialist who focuses on the knee, elbow and shoulder. He is head team MD for the Brooklyn Nets, New York Liberty and New York Red Bulls professional sports teams, served as a doctor for Team USA’s basketball team in 2021 and is a professor at Weill Cornell Medical Center.