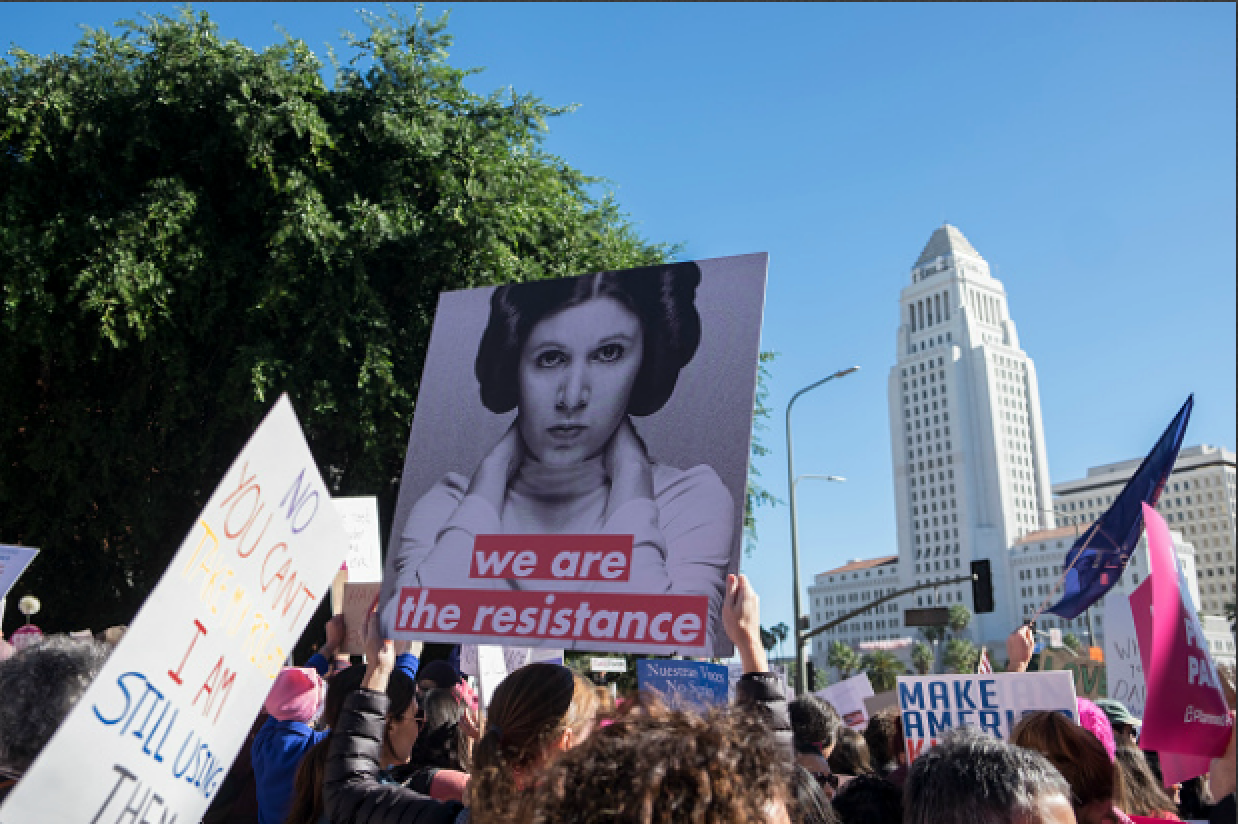 Growing up, Carrie Fisher didn’t want to be an actress. But thanks to her role as Princess Leia in “Star Wars,” she became not only a movie star but an interstellar icon, a testament to the power of resistance. “Inside Star Wars” host Mark Ramsey joins us to talk about her life and legacy in the latest “Shoot This Now” podcast, which you can listen to on Apple or right here:

Fisher resisted the lure of Hollywood because she saw how the industry and the news media wounded her mother, Debbie Reynolds, after her father, Eddie Fisher, left her for Elizabeth Taylor.

But Carrie Fisher fulfilled her destiny to end up on-screen anyway. One early role was  in Warren Beatty’s 1975 melancholy sex farce “Shampoo.” Ramsey tells us that on-set, Fisher quickly learned about the cold assessing eye of directors. And took careful notes.

She auditioned for roles in Brian De Palma’s “Carrie” and George Lucas’ “Star Wars” — and didn’t land the film that bore her first name. Instead, she got the role that seemed less promising, as a wisecracking princess who shares the screen with robots and a furry character everyone on set called “the dog.” And then there was that ridiculous hairstyle.

She was only 19, and very nervous about “Star Wars.” But her portrayal of Princess Leia — flawed, witty, pragmatic, unstoppable — made her a role model for girls and boys across the galaxy.

Fisher recounted it all in one her eight books, “The Princess Diarist.” She also wrote openly and bravely about her struggles with mental illness and addiction, giving hope and encouragement to countless others. And she became one of Hollywood’s most respected script doctors.

Her force resonated a generation after “Star Wars.” I’ve never heard an audience cheer like we did on the opening night of “Rogue One,” when a transcendent cameo by Princess Leia promised a new hope.

Princess Leia became a symbol of endurance and rebellion when Fisher’s image — with that now-beloved hairstyle — graced signs and banners at the international Women’s March. Some signs said “The Force Is Strong With Us.” Some said “We Are the Resistance.”

Fisher is gone. But her force will be with us, always.

You can listen to a preview of Wondery’s “Inside Star Wars” podcast and subscribe here before it debuts on May 29.

And follow @TheWrap and @ShootThisNowPod for a special preview of the opening episode, coming very soon.