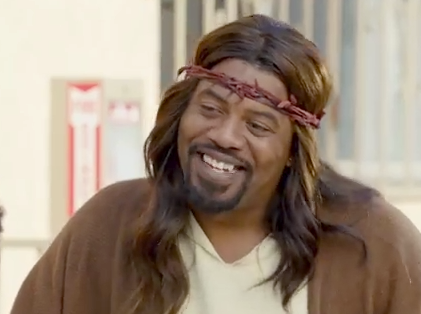 The Catholic League, which often expresses offense at media portrayals of Catholics and religious figures, is pretty okay with Adult Swim’s “Black Jesus.”

In a statement, the group’s president, Bill Donahue, said the show’s portrayal of Jesus was a “mixed bag.” He certainly didn’t have any problem with Jesus being black.

“We have long taken the position that portraying Jesus as black is fine with the Catholic League, and indeed we find it silly that anyone would object. The Jesus character in this show is a mixed bag: He is irreverent, and can be downright crude, but he also has many redeeming qualities,” Donahue said of the show, which premiered last week.

“The Jesus character parks illegally, curses, smokes pot, drinks, and hits on women. At one point he is depicted as the get-away driver for a drug deal gone wrong; he is eventually robbed and gets busted,” Donahue continued. “But he is also forgiving, kind, respectful, and condemns violence. No one questions his divinity, and even an atheist detective who interviews him after his arrest appears to sense that there is more to this man than what first appears.

Donahue concluded: “If the goal is to lure young people to take a closer look at Jesus, the Son of God, that is noble… But if so, it is not a good sociological sign: Must we debase Jesus to make him real? It will be interesting to see how the show develops, and how the audience reacts to the Jesus message, however twisted his delivery.”

Adult Swim had no immediate response to Donahue’s response.