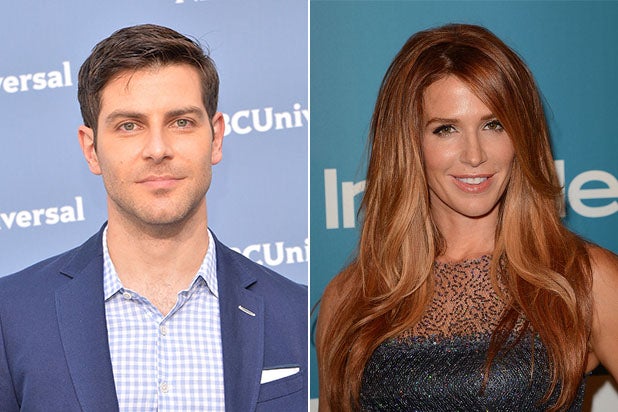 CBS has cast two white actors — Poppy Montgomery and David Giuntoli — as the leads of its sci-fi pilot “Mission Control” even though both roles were originally written for people of color in Andy Weir’s spec pilot script, TheWrap has learned.

Montgomery (“Without a Trace,” “Unforgettable”) is taking the role of Julie Towne, who is described in an earlier draft of the script obtained by TheWrap as the daughter of a Caucasian father and Latina mother who is fully bilingual in both English and Spanish. The character also spoke frequently in Spanish in the script.

Giuntoli, a veteran of NBC’s supernatural drama “Grimm,” has been cast as Malik Stevenson, a NASA commander who is explicitly described as African American in Weir’s script.

According to an individual familiar with the project, producers initially did reach out to and offer the roles to non-white actors, but they passed. The production ultimately moved on as the script evolved, leading to the casting of Montgomery and Giuntoli. Montgomery’s character will no longer speak Spanish in the final version of the pilot.

The pilot, which the individual described as an “ensemble drama,” does feature nonwhite actors in other roles, including “Desperate Housewives” alum Ricardo Chavira as the director of the Johnson Space Center and Nigerian-born actress Wunmi Mosaku as Rayna, the mission’s public affairs officer.

This casting certainly will not help CBS’ image on the diversity front, since the network have been called out for lack of diversity in casting in the past. Relative newcomer network president Glenn Geller had previously promised the press that it would be addressing the issue. Before that, Geller had defended the throne he inherited.

Of CBS’ 2017 pilots, the vast majority are toplined by white actors, with the exception of an untitled Jenny Lumet drama pilot led by Sharon Leal, who is of Filipino and African American heritage, and the cop comedy “Brothered Up” starring Romany Malco and Adhir Kalyan, who are African American and Indian. “Criminal Minds” alum Shemar Moore stars in the drama pilot “S.W.A.T.”

One of the participants of the inaugural class of the drama casting initiative, Alexa Adderly, has been cast in an upcoming episode of “Bull,” and another was cast in a series regular role on The CW pilot “Life Sentence.” Two others have landed roles on Fox’s “APB.”

“Mission Control” would also mark the second time characters intended to be minorities as written by Weir have been cast white. In the adaptation of his novel “The Martian,” the character Mindy Park, who was Korean in the original book, was played by Caucasian actress Mackenzie Davis in the Matt Damon-led film. And black British actor Chiwetel Ejiofor played a NASA mission director who was Indian American in the book.