CBS News has returned to Twitter after a pausing its activity on the platform for just over a day, the network announced Sunday.

“After pausing for much of the weekend to assess the security concerns, CBS News and Stations is resuming its activity on Twitter as we continue to monitor the situation,” the network’s public relations account tweeted.

On Friday evening, national correspondent Jonathan Vigliotti announced on-air that the network would step away from the social media platform “out of an abundance of caution.” 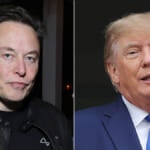 “In light of the uncertainty around Twitter and out of an abundance of caution, CBS News is pausing its activity on the social media platform as it continues to monitor the situation,” Vigliotti said during his report.

“We are hopeful that we will resume activity very soon,” CBS News said in a further statement.

While the network has returned to the platform, brands like Balenciaga and Playbill have exited Twitter due to concerns regarding the company’s leadership weeks after Elon Musk bought Twitter in a $44 billion acquisition.

On Nov. 12, Playbill tweeted a statement expressing concern that the app has recently “expanded its tolerance for hate, negativity, and misinformation.”

Also Read:
Twitter’s Head of Trust on Why He Resigned: Musk ‘Will Be the One Calling the Shots’

“As a respected news outlet for the Broadway community, it would be irresponsible for us to continue to utilize a platform where we and our readers cannot legitimately decipher actual news from insidious rhetoric,” Playbill said.

CBS News’ return to Twitter comes hours after Musk reinstated Donald Trump’s Twitter account as a result of a poll in which a majority of voters responded “Yes” to his poll asking if the former president should be allowed back on the platform.