Six years ago, Grogin joined CBS as EVP for the syndication division. Two years later, he shifted to CBS Entertainment, where he oversaw research and ratings, executive communications and legal and labor communications. 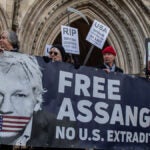 Per Deadline, which first reported the news, Grogin said he’d like to remain in the industry “hopefully in a consultancy capacity that provides me an opportunity to use my experience and writing skills, while also allowing me some time to hone my golf game. My putting needs work.”

Chris Ender, EVP of CBS communications, said in a statement, “Scott has elevated our ratings coverage over the past five years, providing the media with new looks and angles that showcase the full breadth of the CBS audience in a multiplatform world. He possesses true superhero-like PR powers, such as laser-fast writing skills, the ability to break down complex business issues and communicate them clearly, and the agility to deliver press information for inquiring journalists Monday through Sunday – from locations such as doctors’ offices, bar mitzvahs and the 18th hole at Moorpark Country Club. Scott’s PR skills and media relationships are broad, his Texas heart is big, and I’m extremely grateful for his significant contributions to our Comms team.”

Prior to CBS, Grogin was a longtime corporate PR head for Fox Networks Group, beginning his tenure in 2000. Eight years later, he was tapped as SVP of communications before leaving in 2015. Before that, he held PR jobs with NBC and Universal Studios. 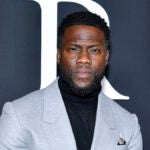