The New York Times and four other news organizations have called on the United States to drop charges against WikiLeaks founder Julian Assange, saying that his prosecution under the Espionage Act “sets a dangerous precedent” that could undermine freedom of the press.

The joint open letter, written by The Times, The Guardian, Le Monde, Der Spiegel and El País, expresses concern for prosecuting Assange for obtaining and publishing classified diplomatic and military secrets, noting “publishing is not a crime.”

“This indictment sets a dangerous precedent, and threatens to undermine America’s First Amendment and the freedom of the press,” the letter said. “Holding governments accountable is part of the core mission of a free press in a democracy.” 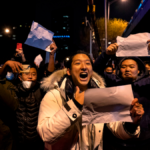 As WikiLeaks released a set of 251,000 confidential cables from the U.S. State Department in 2010 that “disclosed corruption, diplomatic scandals and spy affairs on an international scale,” known as “Cable gate,” the publications worked alongside Assange to publish notable revelations.

As a result of “Cable Gate” and other related leaks, Assange was detained on a U.S. arrest warrant in April 12, 2019, and has been held since then in a “high security British prison usually used for terrorists and members of organized crime groups,” according to the letter, while he faces extradition to the U.S.

Assange currently faces up to 175 years in an American maximum security prison.

While the editors and publishers came together to “publicly criticize his conduct in 2011 when unredacted copies of the cables were released,” they now turn their attention to his impending prosecution by the U.S. government.

“Obtaining and disclosing sensitive information when necessary in the public interest is a core part of the daily work of journalists,” the letter said. “If that work is criminalized, our public discourse and our democracies are made significantly weaker.”

The letter did not expressly address accusations of a hacking-related conspiracy against Assange, it admitted that “some of us are concerned about the allegations in the indictment that he attempted to aid in computer intrusion of a classified database.” 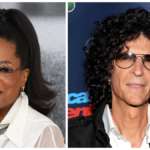 Also Read:
Howard Stern Slams Oprah Winfrey for ‘Showing Off’ Her Wealth on Instagram: ‘You Gotta Be a Little Self Aware’
x