Celeste O’Connor (“Ghostbusters: Afterlife”) is set to join the cast of Sony’s “Madame Web” as part of the studio’s Marvel universe of characters, an individual with knowledge of the project told TheWrap.

O’Connor joins Dakota Johnson in the cast of the film directed by S.J. Clarkson. No specific character details for O’Connor were available.

The “Madame Web” comics follow Cassandra Webb, a clairvoyant and precognitive mutant. Webb is an elderly woman with a neural muscular disease that forces her to be connected to a life support system that resembles a spider’s web. 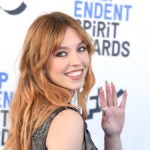 Denny O. Neil and John Romita Jr. created the character. The screenplay is written by Matt Sazama and Burk Sharpless.

Madame Web is generally a supporting character in the Marvel comics universe and not strictly someone who fights crime, but she first appeared in “The Amazing Spider-Man” #210, published in 1980, and worked to help Spider-Man find a kidnap victim. Cassandra Webb, at one point, is also killed off by a female incarnation of Kraven the Hunter, but she’s able to pass her powers on to another character in the comics named Julia Carpenter, who becomes the next Madame Web.

O’Connor, who was most recently seen in “Ghostbusters: Afterlife,” will next be seen in writer-director Zach Braff’s “A Good Person” at MGM, starring opposite Morgan Freeman and Florence Pugh. 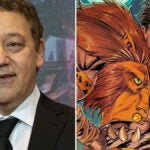 Also Read:
Sam Raimi Planned to Include Kraven the Hunter in Scrapped ‘Spider-Man 4’