The trailer for “Central Park” season 2 has finally arrived and it promises even more embarrassing adolescent moments, family bonding and Bitsy scheming than in the first season.

While the Tillerman family navigates life in Central Park, Bitsy, voiced by Stanley Tucci, inches even closer to her plan to buy Central Park and turn the Tillerman’s humble home into a real estate developer’s dream of condominiums, restaurants and shops.

After a city-wide blackout — potentially masterminded by Bitsy — forces the Tillerman family to gather in the candlelight, Bitsy reveals her plans to buy Central Park for the world to see. Daveed Diggs returns as Helen, who continues to assist Bitsy in the hopes that she will finally be added to the heiress’ will. Regardless of Bitsy’s evil plans, the Tillerman family always manages to find their way back together and of course, take part in some catchy musical numbers.

Raver-Lampman will take over the voice of Molly after the uproar surrounding Kristen Bell’s voicing of the mixed-race character in the first season. 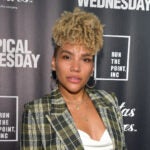 The series has been recognized with an Emmy Award nomination for star Leslie Odom Jr. and an NAACP Image Awards nomination in the Outstanding Animated Series category.

Ahead of its season 2 debut, “Central Park” was renewed for a third season Thursday.

Season 2 of “Central Park” will premiere Friday, June 25 on Apple TV+. The second half of season two will return later this year with additional episodes.

Watch the official trailer for season 2 above. 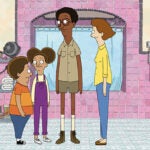