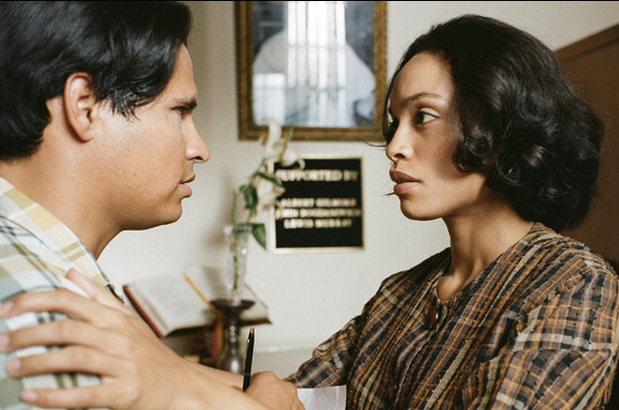 A little more than four years ago, Diego Luna sat down with the family of Cesar Chavez. He wanted their permission to make a movie about the late civil and labor rights icon, as well as their input into the script. They gave him the green light, but getting the same signal from a financier was more of a challenge.

“At the beginning we did the normal rounds you do in the States. We went to the studios and we got rejected by every studio,” Luna told TheWrap last week. “They said, ‘It’s great you guys are doing it, and show it to us when you’re ready. We won’t join you from the beginning.'”

Luna, who is known for his acting roles in such films as “Milk” and “Y Tu Mamá También,” had only directed one other movie previously.  And so, the Mexico native understood that financiers may have been a little wary of his experience. But more importantly, he felt that there wasn’t a belief in Hollywood that a film about a major Latino leader would be of interest to audiences.

“It’s because we haven’t sent a message as a community because we want to have our stories portrayed in cinema and celebrated,” he said. “You think about the last big hit story about a Latino, a true story? The last one, I would say, is ‘Selena,’ and there’s no film about a Latino character, a biopic, that is not a person from the entertainment business. As if we had no input in politics and science or sports or whatever. It’s ridiculous, and no one wanted to take the risk to be the first.”

The reality is that Hollywood makes precious few biopics about anyone. So aside from projects about mid-century revolutionary Che Guevara in recent years, Luna is right. And if you look at the calendar of upcoming films in 2014, there are no major projects with any historical significance to Latinos, and just one — a fifth “Paranormal Activity” flick — that has a mostly Latino cast.

“The thing is, this community has been represented in very disrespectful ways, falling most of the time into the cliche, and without that complexity and diversity that it has,” Luna said matter-of-factly.

So it should come as no surprise that Luna and his Canana Films partners (including Luna’s friend Gael García Bernal) had to go to Mexico to obtain around 70 percent of his film’s small budget. The film was also shot in Mexico, both to keep costs down and to replicate the geography of 1960’s California, where Chavez led farm workers on massive strikes and national wine boycotts until their labor union — now the UFCW — was recognized.

The film — which stars Michael Peña as Chavez, America Ferrara as his wife Helen, and Rosario Dawson as labor leader Dolores Huerta — was picked up by socially conscious Participant Media which has a production fund with Canana and will be distributed in the US by Pantelion, which is a partnership between Lionsgate and Mexico’s Telenovisa. None of that spells giant studio promotion money, which meant that Luna and his cast have had to hustle across the country endlessly (after premiering in Berlin) to promote the film.

They won an audience award at SXSW, and since then, they’ve visited New York, LA, Washington DC (including a meeting with President Obama) and Miami, amongst other cities. Participant also started several social activist campaigns, including designating a day of service in Chavez’s honor, to tie the film to the subject (and of course create awareness).

“For three and a half weeks, I’ve been taking an airplane every day, I’m doing 4-5 cities a week, a day of full promotion,” Luna said. “Because we have one shot, it’s not that this is part of 10 films about coming out about this community. We have one.”

That point was underlined by Dawson, as well: Getting distribution for one film doesn’t mean much if it fails at the box office and thus fails to prove that there is a demand for Latino-focused media.

“I can only hope that this film does well, because then it bodes well for more of those stories to be told. It really is a group effort,” Dawson told TheWrap. “People need to participate all across the board. There are people who are still saying no [to financing Latino-focused movies], but also saying, ‘I’ll sit back and see how it goes, and if it does go well, maybe that script that’s been sitting in the back over here, maybe I’ll give it a second look and throw some money at it and see if I can make it happen.'”

Dawson runs Voto Latino, a group that seeks to mobilize Latino millennial voters, and she equates that effort with the push to demand more representative media. She lauds Robert Rodriguez for starting the El Rey television network and providing a platform for emerging Latino voices, but the actress also knows that it takes a vast amount of groundwork to move people to take action as consumers.

“It’s the same thing with voting, buying into something is voting, and that’s why boycotting and voting are big important things,” she explained. “If people support this, they’re voting for it and that means they want more. If you don’t vote at all, then you’re going to keep getting what you always got.”