Former CBS news anchor Charlie Rose conducted his first interview in four years on his personal website, chatting with business titan Warren Buffett for more than an hour. Billed as the first in a series called “Charlie Rose Conversations,” it isn’t much different than the types of interviews he was doing on CBS or on his long-running PBS talk show (which was also canceled in the wake of several sexual harassment allegations).

“I’m proud to share this recent conversation with Warren Buffett,” Rose wrote on the website. “It is his first interview on camera in almost a year and the first I’ve done in more than four years. It is a step in a journey to engage the most interesting people and explore the most compelling ideas in the world.”

In 2017 the Washington Post ran a report that detailed Rose’s alleged workplace misconduct, which is alleged to have included groping, lewd phone calls and nudity. Rose said he did not believe the accusations were accurate, but issued an apology. 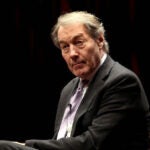 Afterwards, he was fired from CBS, his PBS show was canceled and he hasn’t been heard much from since. His downfall happened in the early wave of the #MeToo movement following the downfall of Harvey Weinstein.

It’s unclear why he decided that now was the time to return, or why he chose Buffett, the 92-year-old billionaire and owner of Dairy Queen, Geico and Duracell, to usher in that return. (Also unclear: why Buffett said yes.)