Oscar winners Charlize Theron and Alfonso Cuarón will team up to produce the feature film “Jane” for Amazon Studios. The family drama, about the relationship between acclaimed science fiction writer Philip K. Dick and his twin sister, is being developed with Dick’s daughter, Isa Hackett.

Theron, Cuarón and Hackett are all set to produce, with eyes for Theron to star and Cuarón to direct.

The high-concept film will follow Jane as she attempts to save her brother from predicaments both real and imagined, drawing her deeper and deeper into a world of his creation. It is, according to the project’s description, “a moving, suspenseful and darkly humorous story about a woman’s unique relationship with her brilliant, but troubled twin.” 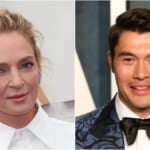 “The story of “Jane” has been with me for as long as I can remember,” said Hackett. “Jane, my father’s twin sister who died a few weeks after birth, was at the center of his universe. Befitting a man of his unique imagination, this film will defy the conventions of a biopic and embrace the alternate reality Philip K. Dick so desperately desired – one in which his beloved sister survived beyond six weeks of age. It is her story we will tell, her lens through which we will see him and his imagination.  There is no better way to honor him than to grant him his wish, if only for the screen.”

“Jane” will be executive produced by Lila Rawlings, Creative Development at Esperanto Filmoj. 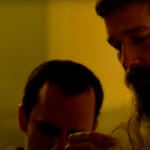