Netflix is turning the popular “Chicago Party Aunt” Twitter account into an adult animated series with “Superstore” alum Lauren Ash set as the voice of the title character.

Per the streaming service, “Chicago Party Aunt” is a half-hour animated comedy that follows Diane Dunbrowski (voiced by Ash), aka The Chicago Party Aunt, as she stays true to her mantra, “If life gives you lemons, turn that s— into Mike’s Hard Lemonade.” 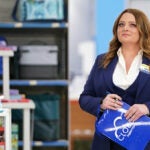 Hailing from “Big Mouth” studio Titmouse, “Chicago Party Aunt” has received a 16-episode order from Netflix and is set to premiere in two parts, with the first half consisting of eight 30-minute episodes.

The series is created by Chris Witaske (the mind behind the original Twitter account), Jon Barinholtz and Katie Rich, who will executive producing alongside Matt Craig (who is showrunner), Ike Barinholtz and Dave Stassen for 23/34, Will Gluck and Richie Schwartz for Olive Bridge Entertainment and Chris Prynoski, Antonio Canobbio, and Ben Kalina of Titmouse.

See below for the list of “Chicago Party Aunt” characters and their descriptions, courtesy of Netflix:

Lauren Ash as Diane Dunbrowski. Diane has always been and always will be the life of the party, even when the party has long since been over. Her complete lack of adulting is perfectly balanced by her heart of gold and desire to help others. A die-hard Chicago sports fan and general fan of Italian beef to be washed down with plenty of Malort and beer, Diane would do anything for her city and continues to live every day like it’s a 1980’s Styx tour bus.

Rory O’Malley as Daniel. Daniel shocks his family when he opts to forego Stanford for a “gap year” living in the city with his beloved Aunt Diane to find his own path and figure out what he wants to do with his life. Daniel is gay and Diane is determined to be his working class fairy godmother who helps bring him out of his shell while he takes on helping her navigate the waters of the increasingly socially complex world around her. 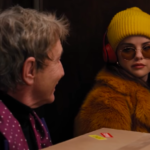 RuPaul Charles as Gideon. Gideon interrupts Diane’s easy-going work life by transforming their local barbershop into a bougie, New York style salon called Borough. Gideon is a fish out of water in Chicago but with an attitude. He’s the new boss in town and not even Diane can get in his way of striving for the top of the business world, although she sure knows how to make his life more difficult.

Jill Talley as Bonnie, A buttoned-up, type-A, control freak, Bonnie enjoys the finer things in life having deserted the blue-collar neighborhood on the south side of Chicago where she and her older, carefree sister Diane were raised. As the mother to her precious Daniel, she struggles to loosen the reins while Daniel goes against the grain in his gap year, but make no mistake, there is nothing she would not do for her family.

Ike Barinholtz as Mark, the milquetoast husband to the stern and uppity Bonnie, Mark is the sweetest, dorkiest, most unadventurous suburban white male who thinks living on the edge would be staying up past ten or maybe drinking a pop before bed.

Jon Barinholtz as Mikey. The son of Diane and Kurt, Mikey is the most gentle giant on the block. His stature could best be representative of the size of his heart. Caring and sweet, thoughtful although not the brightest bulb, Mikey cares so much for both of his parents who may never get their acts together.

Da’Vine Joy Randolph as Tina. Tina spends her days working alongside Zuzana, Gideon and Diane, when Diane actually comes to work. Tina brings the perfect amount of attitude to keep Diane in check. Responsible and smart, Tina is driven to keep her client list long and her side hustles booming.

Katie Rich as Zuzana. Straight off the boat from Poland, Zuzana has been working alongside Diane and Tina for a long time at the salon, offering some comic relief while injecting her very unique Polish spin on modern-Chicagoan scenarios. Her comparisons are unlike any other and while so different from Tina and Diane, somehow they all work well together.

Chris Witaske as Kurt. A hard-working TSA agent, Diane’s second time ex-husband has had it with Diane and finally moved out and ended things supposedly for good. Kurt will always have a soft spot for his ex-wife.