Chicken Soup for the Soul Entertainment, owner of the ad-supported on-demand streamer Crackle, on Wednesday announced plans to acquire the struggling DVD-rental company Redbox in a $375 million deal that includes roughly $50 million in stock and the assumption of roughly $321 million in debt.

The all-stock transaction leaves Chicken Soup stockholders with about 76.5% of the combined company, while Redbox stockholders will own about 23.5%. Redbox’s majority owner, Apollo Group Management, will own roughly 15% of Chicken Soup. The deal is expected to close in the second half of 2022, pending regulatory approval.

Redbox has struggled with the decline of the DVD and video game rental market as the company derived nearly 90% of its income from its 38,000 kiosks in groceries and drugstores nationwide. That decline was made worse during the pandemic, as revenues fell from $858 million in 2019 to just $289 million last year. 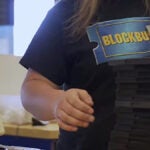 Also Read:
Chicken Soup for the Soul to Acquire 1091 Media in $15.6 Million Deal

A SPAC merger taking the company public on Nasdaq last fall injected $145 million in cash, but the financials still suffered. Shares continued to slide from a November 2021 high near $18 to just over $2 in mid-April of this year.

Chicken Soup will issue 4.6 million shares to Redbox as part of the deal. The company’s share price has been on a slide this year, falling from $14.74 to $7.92 at market close on Tuesday.

The new deal comes just two months after Connecticut-based Chicken Soup announced plans to acquire the assets of 1091 Media for $15.6 million. That deal, which nearly doubles the company’s content library, includes roughly 4,000 hours of film and TV series, including the acclaimed docs “The Last Blockbuster,” “Linda Ronstadt: The Sound of My Voice” and Taika Waititi’s breakout indie film “Hunt for the Wilderpeople.”

“Today marks a transformative moment for Chicken Soup for the Soul Entertainment and an inflection point for the ad-supported streaming industry,” Chicken Soup for the Soul Entertainment chairman and CEO William J. Rouhana Jr. said in a statement. “Our acquisition of Redbox will accelerate the scaling of our business as it combines complementary teams and services to create the streaming industry’s premier independent AVOD.”

Redbox CEO Galen Smith added in his own statement: “We believe that Chicken Soup for the Soul Entertainment is the ideal partner for Redbox. By joining forces, we will accelerate Redbox’s transition from a physical to high growth digital media company and be the only entertainment provider truly focused on value for consumers.”