Billionaire Wang Jianlin, China’s wealthiest man, is in early talks to acquire control of Dick Clark Productions for up to $1 billion through his Dalian Wanda Group Co., TheWrap has learned.

As TheWrap reported exclusively last week,  Productions — producer of The Golden Globe Awards and other Hollywood awards — was looking to sell to a Chinese buyer at a $1 billion valuation.

If the acquisition goes through, it would continue to grow the number of U.S. entertainment companies recently bought by Wanda, including theater owners AMC Entertainment and Legendary Entertainment.

Hedge fund manager Todd Boehly, a co-owner of the Los Angeles Dodgers, spun off Dick Clark Productions along with money-losing trade publication The Hollywood Reporter and Billboard magazine in December from Guggenheim Partners, where he served as president.

A preliminary deal has been in place, which firms up the company’s valuation and allows Boehly to retain a minority stake, according to an individual with direct knowledge of the situation who spoke with TheWrap. A representative for Dick Clark Productions had no comment.

Multiple Hollywood insiders said they found the DCP deal to be wildly overvalued, but Chinese companies have been paying exaggerated prices for Hollywood assets in the past year — among them the Wanda Group’s stunning $3.5 billion purchase of Thomas Tull‘s Legendary Pictures.

DCP is led by CEO Allen Shapiro and handles live franchises like the American Music Awards, the Miss America pageant, the Academy of Country Music Awards and the annual “New Year’s Rocast hosted by Ryan Seacrest.

DCP also co-created the nine-time Emmy Award winning Fox competition “So You Think You Can Dance.” 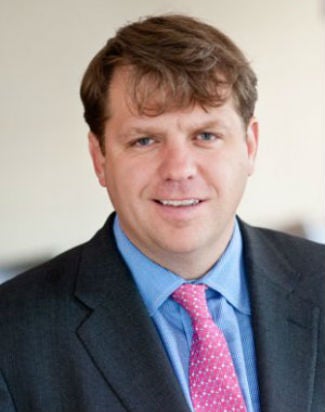 Boehly (pictured left) signaled his interest in a sale in January by confirming that his umbrella company Eldridge Industries had hired Moelis & Co and Goldman Sachs to conduct a strategic review.

One of the insiders who spoke to TheWrap called the billion-dollar price tag “delusional,” though Reuters pegged DCP’s valuation between $500 million and $1 billion, citing multiple sources.

After TheWrap exclusively reported the Guggenheim Partners shakeup last December, Boehly relinquished his president title in favor of a smaller role on the company’s executive council. Boehly’s new venture would be “harmonious” with Guggenheim, a spokesperson for the latter said at the time.

In addition to DCP, THR and Billboard, Boehly counts a standalone unit comprised of AdWeek magazine, the Mediabistro blog network and the Clio Awards franchise, which honors excellence in advertising.

Sharon Waxman and Matt Donnelly contributed to this report.