UPDATE: TheWrap can report new details about an investor revolt on a Chinese fund whose projects include a $65 million 3D action film that stars Bruce Willis and counts Mel Gibson as a consultant.

TheWrap reported Thursday that as many as 250,000 investors in the Shanghai-based Kuailu Investments have not been paid returns on risky endeavors like film production -- and demanded government intervention to recoup their losses.

The group of investors rallied on the popular messaging app Wechat on July 3, an individual familiar with the plan said. They organizde a demonstration at Kuailu's offices then proceeded to a municipal government building off of People's Square in Shanghai. 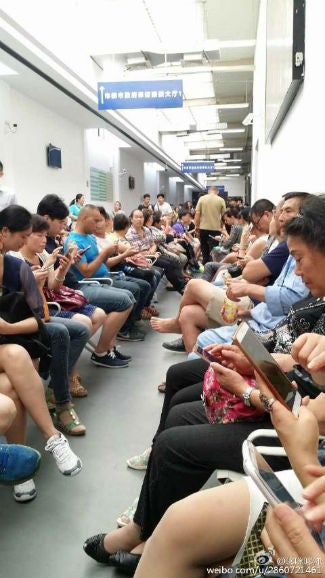 A photograph obtained by TheWrap (left) from Sina Weibo, a microblogging site that functions as a Twitter-Facebook hybrid, shows the packed government waiting room full of Kuailu investors, the individual said.

Investors are demanding their money back from a Chinese investment fund whose high risk-projects include a $65 million, 3D Mel Gibson and Bruce Willis film, TheWrap has learned.

The Shanghai-based Kuailu Investment Group, which financed the upcoming Willis thriller "The Bombing," have not paid returns to private clients who have been demanding government intervention since early spring. The Wall Street Journal reported that there are more than 250,000 individual investors in China who have seen no returns from the fund.

Numerous investors have appealed to state agencies in Shanghai though a formal charge has not been filed, an individual familiar with the claims told TheWrap.

Kuailu Investments, whose current CEO is Xu Qi, did not respond to TheWrap's request for comment.

"This is popping up a lot in China, especially with projects that are perceived as cool but are risky. It seems like a lot of investors who aren't sophisticated are getting pulled in," said one film executive, who works in both the Chinese and American film market, on the condition of anonymity.

Prominent Chinese investment banker Fan Bao said in a recent Bloomberg interview that investors have been "flooding" firms like Kauilu, inflating the market value of media companies and creating a bubble. 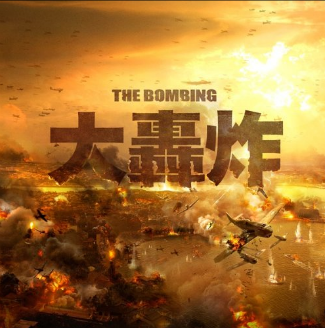 The fund claims to manage assets worth billions of U.S. dollars but began hitting speed bumps earlier in 2016. In March, Shanghai-based Jinlu Financial Advisors reported a $46 million cash shortage in wealth management products created with Kuailu, according to Bloomberg.

The Gibson-Willis project, "The Bombing," is one of nearly 20 feature films in various stages of development at the company's production label, Kuailu Pictures. It was announced in 2015 by Jian-Xiang Shi -- who has long had show business ambitions but was accused by customers and competitors of inflating online movie ticket sales in a recent release of a Mike Tyson movie.

Budgeted at $65 million, "The Bombing" is a World War II action film about five Chinese pilots who fight their way out of a Japanese air assault. It is believed to be the largest 3D Chinese-language production to date. It has an exclusively Chinese cast, except for Willis.

Shi made headlines with the news of Gibson's involvement last July, naming the Oscar-winning actor and filmmaker as an art director and saying he was "very insightful" about the time period.

Gibson is listed on IMDb's listing for the film as a "creative supervising producer," though a representative for Gibson told TheWrap that the star's work amounted to "a consultant for a day or two."

In March, Kuailu was accused of falsifying box office receipts for "Ip Man 3," starring boxer Mike Tyson. Online ticketing customers -- of which China has millions -- reported suspicious activity in the form of repeated sellout screenings and dramatic price inflation ($31 and up from an average of $5, according to the Los Angeles Times).

Kuailu denied any fraud at the time, and said the suspect activity was the work of jealous competitors.

A government investigation later revealed that "Ip Man" distributor Max Screen had padded its ticket sales by $8.7 million, according to China's state news service Xinhua. The distributor was banned from releasing films for a month.

"The Bombing" is slated for a September 30 release in China. There are currently no plans for U.S. distribution.

From "The Dark Knight" to "Jurassic World," these summer releases all topped the domestic and foreign box office, according to BoxOfficeMojo