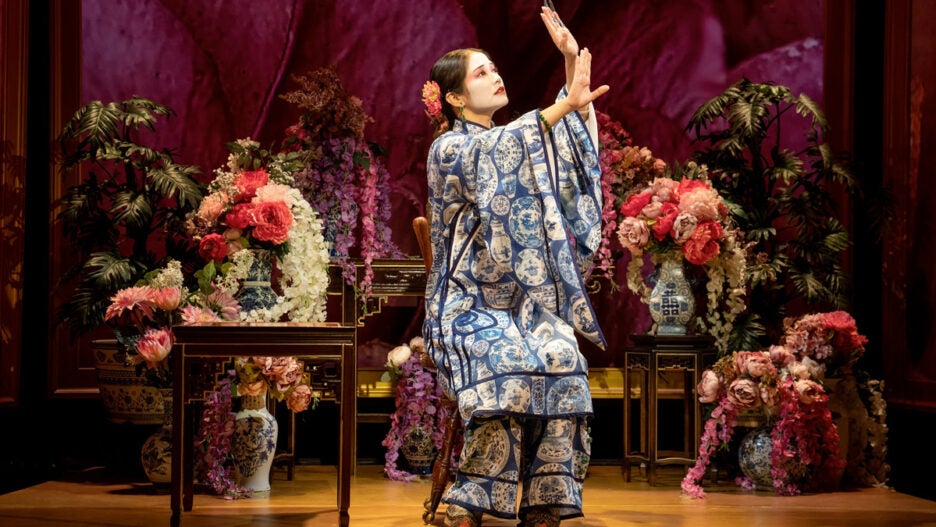 Lloyd Suh’s sense of humor is never sharper than when he compares foot binding in China to America’s transatlantic slave trade. It is a wicked wit that is laced throughout his 2018 play, “The Chinese Lady,” which had its New York City premiere Tuesday at the Public Theater in a co-production with the Ma-Yi Theater Company.

Suh’s “The Chinese Lady” is one of those works, not unlike Bernard Pomerance’s “The Elephant Man” or Tim Burton’s “Ed Wood,” that bring light to a unique life as intriguing as it is disturbing. Afong Moy, aka the Chinese Lady, was the first known female Chinese immigrant in the United States. She came here at the age of 14 in 1834 and toured the country as the Chinese Lady courtesy of the merchants Nathaniel and Frederic Carne. Among the curiosities of her performance was the size of her bound feet, which were advertised as “but four inches in length.” American audiences were fascinated with Moy until they were not, and her tiny feet quickly became a symbol of cultural backwardness.

“The Chinese Lady” is at its best when examining the nature of the theater. The Chinese Lady presented to American audiences back in the 19th century was no more representative of the real Moy than the actor playing her on the Public Theater stage. Here, “The Chinese Lady” is blessed with the amazing performance of Shannon Tyo, who seamlessly segues between two Asian tropes that Suh explores: the submissive Lotus Blossom and the steely Dragon Lady. 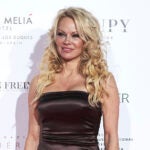 Tyo’s timing is impeccable under Ralph B. Pena’s direction, and she delivers an inspired comedy routine with Daniel K. Isaac, who plays Moy’s interpreter, Atung. Isaac takes another Asian cliché — inscrutability — and personifies it. Atung repeatedly tells us, as he hawks Chinese trinkets to the audience, that we have no idea what he is thinking. Neither does Moy. Nor Tyo. We look at them, they look at us. Audience and actors, as well as they characters they play, enter a no man’s land of misunderstanding.

Tyo and Isaac perform in a gorgeous jewel box of a set designed by Junghyun Georgia Lee and lit by Jiyoun Chang and Elizabeth Mak.

“The Chinese Lady” is also a critique of national racist policies, and unlike the very different gazes of audience and actor, this indictment travels in one direction only. The facts give Suh the gift of having Moy meet President Andrew Jackson. It’s the kind of plot development that, if a writer made it up, no one would believe it. Sometimes nonfiction is far blunter in its effects than fiction ever can be. Moy meeting Jackson gives Suh the opportunity to expound on the persecution of America’s indigenous people. 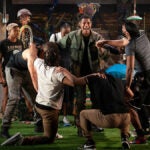 More of a stretch is to have Moy lecture on the First and Second Opium Wars, and it is here that the character resorts to the two most spoken words in the theater this season: “cultural appropriation.” Having spent too much time in America, Suh’s Chinese Lady exhibits a very myopic Western trait of confusing countries where everybody looks alike. Certainly the United Kingdom and the United States sound alike. Moy’s cultural appropriation lecture attacks Old Blighty, a place she never visits, for loving its imported tea so much that the English turn it into a national tradition and start the Opium Wars in the process.

The real Moy stopped performing in 1850, and essentially disappeared. The Moy of “The Chinese Lady” goes on to witness the Chinese Exclusion Act of 1882 and its renewals in 1892 and 1902, which were accompanied by massacres of Chinese immigrants living in the U.S. Lee’s set design morphs to document those historic atrocities with startling projections by Shawn Duan.

Not mentioned by Suh’s Chinese Lady is why people from the West avoided such persecution in China: In 1760, the Quianlong Emperor enforced a xenophobic policy that closed the country’s border to such foreigners. “The Chinese Lady” shows Moy living to the year 2022. That fantasy does not include her returning to China to give us a tour of the Uyghur internment camps. 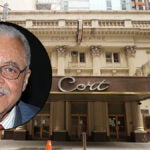 Also Read:
James Earl Jones Gets Broadway Theater Renamed for Him
BIO Robert Hofler
Robert Hofler, TheWrap's lead theater critic, has worked as an editor at Life, Us Weekly and Variety. His books include "The Man Who Invented Rock Hudson," "Party Animals," and "Sexplosion: From Andy Warhol to A Clockwork Orange, How a Generation of Pop Rebels Broke All the Taboos." His latest book, "Money, Murder, and Dominick Dunne," is now in paperback.