Chris Noth has been fired from the CBS drama “The Equalizer” amid multiple sexual assault accusations that have been made against the actor over the last week.

Noth had starred as William Bishop in all 18 episodes of the series so far. “Chris Noth will no longer film additional episodes of ‘The Equalizer,’ effective immediately,” Universal Television and CBS said in a joint statement. Noth will be seen in one upcoming episode that had been filmed prior to the accusations coming to light.

Last week Noth was accused of sexual assault by three women who detailed separate incidents in 2004, 2010 and 2015. The accusations came a week after Noth reprised his role as Mr. Big in HBO Max’s “Sex and the City” sequel, “And Just Like That..” He was killed off in the premiere episode. 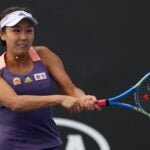 Additionally, Zoe Lister-Jones, who worked with Noth in 2005 when he starred in the “Law & Order” franchise, posted a statement on Instagram Thursday saying he was “drunk on set.” The actress and director also said she worked at a club Noth owned early in her career, and he was “consistently sexually inappropriate.”

In a statement to TheWrap, a source close to Noth suggested Lister-Jones posted her statement in a bid for attention. “This is just false and a desperate attempt to insert herself into the narrative,” the source said. “To allege he was drunk on the set of ‘Law & Order’ is also false.” 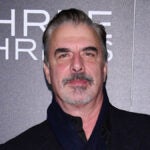