After months of speculation and contradictory reports, Chris Noth has officially joined the cast of HBO Max’s “Sex and the City” sequel series “And Just Like That,” the streamer announced Wednesday.

“I’m thrilled to be working with Chris again on ‘And Just Like That…’ How could we ever do a new chapter of the ‘Sex And The City’ story without our Mr. Big?” executive producer Michael Patrick King said in a statement. 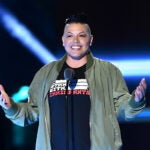 Noth’s potential involvement in the series has been the subject of much speculation since the revival was first announced. Page Six initially reported back in February that Noth would not appear on the show, though the actor himself later cast doubt on that reporting in an Instagram post.

Noth joins original “Sex and the City” stars Parker, Cynthia Nixon and Kristin Davis, as well as recently announced franchise newcomer Sara Ramírez. Kim Cattrall, who rounded out “Sex and the City’s” original ensemble as Samantha Jones, will not be returning.