“SNL” is about to enter Season 48, and Redd’s departure comes in the wake of several other regulars exiting as well.

“Being a part of ‘SNL’ has been the experience of a lifetime,” Redd said in a statement. “Five years ago, I walked into 30 Rock knowing that this was an amazing opportunity for growth. Now, with friends who have become family and memories I will cherish forever, I’m grateful to Lorne Michaels and to the entire ‘SNL’ organization. From the bottom of my heart, I can’t thank you all enough.” 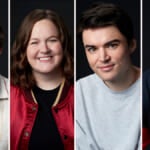 Redd will next be seen in the comedy special “Chris Redd: Why Am I Like This?” premiering later this year on HBO Max. Also in the works, a yet-to-be titled project from Broadway Video and Audible that he co-created and will voice a lead role. He’s also attached to star in the feature film “Cyber Monday,” which is currently in development at Universal.

Early in his career, the St. Louis native had aspirations to be a rapper but pivoted to comedy when he realized he not only enjoyed improvisation, but he was also good at it. He toured with the sketch comedy group The Second City and then planted his roots in Los Angeles in 2016 to pursue acting. That first year in L.A., he made his film debut in the mockumentary “Popstar: Never Stop Never Stopping,” which starred “SNL” alum Andy Samberg.

After several auditions for “SNL” that didn’t move forward, he joined the cast in September 2017 for Season 43 as a featured player. The following year, he won an Emmy Award for Outstanding Original Music and Lyrics in 2018 for co-writing the song “Come Back Barack” for an “SNL” sketch about President Obama’s departure from the White House. In 2019, he was upped to repertory cast member.

The shakeup at “SNL” this year has been a major one, with Redd’s exit following the exits of Pete Davidson, Kate McKinnon, Aidy Bryant, Kyle Mooney, Alex Moffat, Melissa Villaseñor and Aristotle Athari, as well as longtime “SNL” producer Lindsay Shookus. 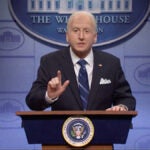